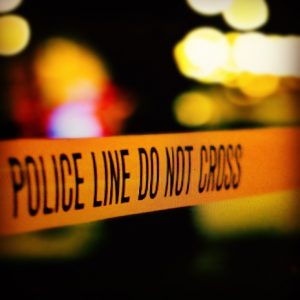 Tamil Nadu Police are looking for a Sri Lankan refugee who beat his second wife to death.

The Sri Lankan Tamil refugee was booked for murdering his second wife at Gandhima Nagar on Monday night, the Times of India reported.

Police have formed four special teams to nab the accused. One of the teams has left for Rameswaram to prevent him from escaping to Sri Lanka.

The Saravanampatti police said 49-year-old Lavendran alias Kumar, who is engaged in demolishing old buildings, had beaten his 32-year-old wife L Kavitha to death with a cricket bat around 10pm on Monday at their rental house at Gandhima Nagar.

Kavitha, an investigation officer said, had married Lavendran around 12 years ago after separating from her first husband, with whom she had a son. She also had a son with Lavendran, who used to scold her over excessive use of mobile phone.

The officer said Kavitha’s relative S Nagarajan, 27, an ambulance driver, had gone to see her on June 19, but she wasn’t home. “When inquired, Lavendran told him that she had left the house a week ago and was staying at one of her friends’ house after he scolded her for speaking to other people often over phone. He also told Nagarajan that he would finish her off if she were to return home.”

When Nagarajan went to meet one of his friends at Gandhima Nagar on Monday night, he heard Kavitha crying for help from her house. “He rushed to the house and found Lavendran assaulting her with a cricket bat. She died on the spot and Lavendran managed to escape from the place,” the officer said.

Nagarajan alerted the Saravanampatti police, who sent the dead body to the Coimbatore Medical College and Hospital for postmortem. Police have registered a case under Section 302 (murder) of the Indian Penal Code and formed four special teams to nab Lavendran. “We have also alerted the Q branch police at Mandapam in Ramanathapuram to prevent Lavendran from escaping to Sri Lanka,” the officer said.

The officer said Lavendran hadn’t separated from his first wife and used to visit her often.