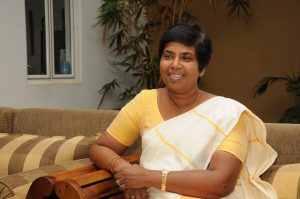 The Government was today questioned over the failure to give State Minister of Primary Health Care, Epidemics and COVID Disease Control Sudarshani Fernandopulle a bigger role in the fight against the coronavirus.

Tamil National Alliance (TNA) Parliamentarian M.A Sumanthiran said that someone of the calibre of Sudarshani Fernandopulle should be leading the operations against the spread of the coronavirus.

Sumanthiran said that Fernandopulle is an expert in public health but despite being the Minister for COVID, nothing that she says is implemented.

“When she raised an alarm about money the Chief Government Whip said that she is under stress and must be referred to a psychiatrist,” he said.

Sumanthiran said that the Government has people capable of dealing with the virus but it is fighting the virus like fighting foreign troops.

“What does the Army Commander know? What does he even know about law?” Sumanthiran asked, while commenting on the leading role Army Commander, General Shavendra Silva plays in the fight against the coronavirus.

Sumanthiran said that there needs to be proper laws to deal with the coronavirus.

He said that the Army Commander has been given the freedom to decide how to deal with the virus. (Colombo Gazette)