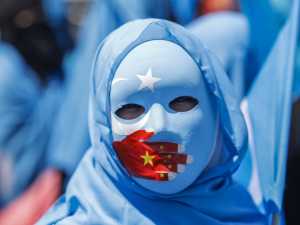 Sri Lanka has defended China on the Xinjiang issue amid reports of the persecution of the minority Uighur community.

UN human rights chief Michele Bachelet had said she hopes to agree terms for a visit this year to China, including its Xinjiang region, to look into reports of serious violations against the Uighur minority.

“I continue to discuss with China modalities for a visit, including meaningful access, to the Xinjiang Uyghur Autonomous Region,” Bachelet said on Monday, addressing the opening of a Human Rights Council session in Geneva.

However, Sri Lanka said that the respect for sovereignty, independence and territorial integrity of states represents the bedrock of international relations.

In this context, Sri Lanka noted that Hong Kong, Xinjiang and Tibet related matters are China’s internal affairs that brook no interference by external parties.

“We commend China’s efforts in promoting economic and social development, maintaining social stability and safeguarding human rights including economic, social and cultural rights and the right to development, of the people of all ethnic groups in Xinjiang,” Sri Lanka told the UN Human Rights Council.

Critics, including the UK and the US, say inmates at the camps have been subjected to human rights violations, including arbitrary detention, forced labour, torture, forced sterilisation and family separation.

Amnesty International and Human Rights Watch issued reports this year documenting anti-Uighur practices that they said could amount to crimes against humanity.

Beijing denies the accusations and describes the camps as vocational training facilities to combat religious extremism and boost economic development in the region.