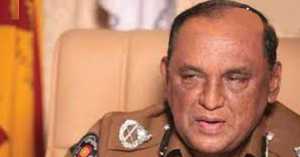 The salaries of the members and Chairman of the Office on Missing Persons (OMP) are to be increased.

The Committee on Public Finance approved a proposal to increase the salaries and allowances of the OMP members including the Chairman.

The proposal was rejected at the last Committee meeting but has now been approved after taking all factors into consideration, the Parliament media unit said.

Secretary to the Treasury, Ministry of Finance S.R. Attygalle attended the meeting.

Justice Upali Abeyratne is the Chairman of the OMP while former Inspector General of Police (IGP) Jayantha Wickramaratne was recently appointed as one of the members.

A former member of a UN expert panel on Sri Lanka, Yasmin Sooka, had said recently that she will be writing to the UN Peacebuilding Fund and international donors urging them not to support the Office on Missing Persons.

Sooka said the move is as a result of the appointment of Jayantha Wickremaratne to the OMP.

The Office on Missing Persons is charged with investigating the fate of tens of thousands of missing and enforced disappeared in a country said to have the second largest case numbers in the world. (Colombo Gazette)