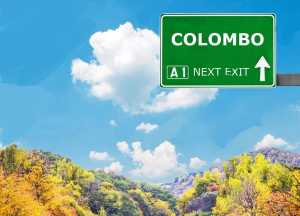 The Colombo Municipal Council (CMC) expected the Delta variant to enter Colombo and was preparing to face the eventuality, the CMC said.

The hunt for the coronavirus Delta variant in Sri Lanka, particularly in Colombo, is continuing with increased PCR and antigen tests as well as genome sequencing of samples being carried out.

He said the variant had been spreading in over 70 countries before it entered Sri Lanka.

Dr. Hemantha Herath said that extensive PCR and antigen tests are being carried out at various locations to detect the presence of the variant.

The variant was first detected in Dematagoda and there is now a suspicion it may have spread to other areas as well.

As the Delta variant was spreading in India, CMC Chief Medical Officer Dr. Ruwan Wijayamuni said that there was a fear the variant will enter Sri Lanka.

As a result PCR tests were intensified in areas where the second wave of the coronavirus spread the most.

He said that precautionary measures had been taken in some areas, including in Aramaya Road, Dematagoda where it was feared the Delta variant will surface.

Dr. Wijayamuni said that when a suspicion arose that the Delta variant had been detected in Aramaya Road, the particular area was placed under lockdown.

He said that the variant was detected in five people, including three from the same family in Aramaya Road, Dematagoda.

The CMC Chief Medical Officer added that another 35 people were detected with the Alpha variant in Aramaya Road and Sirimuthu Uyuna.

Dr. Wijayamuni said that random PCR tests are being carried out in Colombo to detect the coronavirus, including the new variant.

“We are having a problem as most people are reluctant to get PCR tests,” he added.

Dr. Hemantha Herath said that if there is suspicion in the result of a PCR test, the sample is sent for genome sequencing.

He said that the health authorities are on alert not just for the Delta variant but any other variant as well. (Daily Mirror/Colombo Gazette)