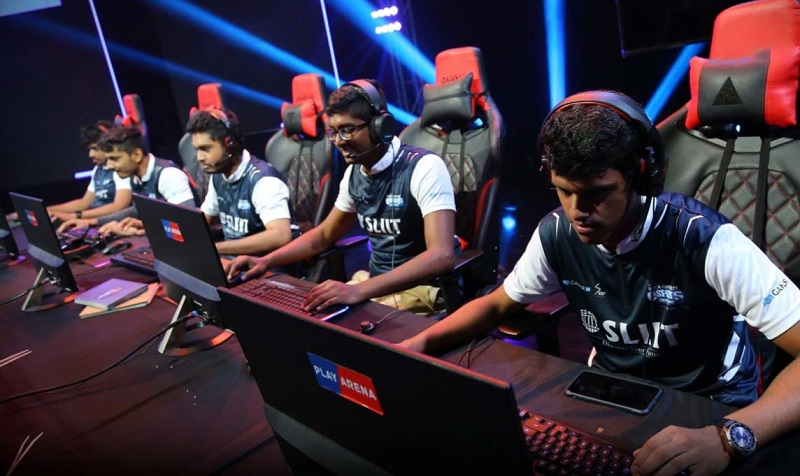 With traditional sports coming to a standstill in the pandemic-stricken “new normal” – Esports take the limelight as University students go head-to-head virtually in their favorite video games. Organised annually by Sri Lanka’s premier Esports tournament organiser Gamer.LK, the Inter-University Esports Championship Powered by Softlogic & Dell this year will attract participation surpassing those of its traditional sports counterparts. Samsung Sri Lanka joins as Smartphone partner and the event is Energized by Red Bull.

Last year’s championship was the 1st time the event was taken online fully, and still saw no shortage of players. There were 630+ registered players across 57 universities and higher education institutions from all over Sri Lanka. The competition between the universities has also never been more fierce, with each year a different university stepping up to take the title of champion from former victors.

This year’s Inter-University Esports Championship is powered by Softlogic & DELL. Softlogic Holdings PLC is a diversified conglomerate in Sri Lanka, and is known to be one of Sri Lanka’s most dynamic and progressive conglomerates, with industry leadership in six business verticals — ICT, Healthcare, Retail, Financial Services, Automobiles and Leisure.

Softlogic has always been in the forefront of  introducing the best technologies the world has to offer  to the Sri Lankan consumer.Softlogic has contributed to the development of the Sri Lankan IT infrastructure immensely over the years through decades of dedicated service as a retailer of high quality consumer electronics.

It is this same ambition that drove Softlogic to officially become an authorized distributor of Dell laptops and computers in Sri Lanka in early 1990s. Since then, Softlogic has been offering a wide range of computers and laptops suitable to be used at home, work, to study, gaming or simply for entertainment.

With the global demand for e-sports on the rise, Softlogic has been an avid supporter of the growing gaming Community in Sri Lanka. To extend this support to our gaming communities, Softlogic will offer some of the world’s best Gaming Dell laptops and computers at unbeatable prices, exclusive discounts plus interest free easy payment schemes via all Softlogic and Softlogic MAX outlets island-wide, as well as on www.mysoftlogic.lk.

Samsung Sri Lanka comes onboard as the official Smartphone Partner. Samsung has been at the forefront of developing products and services for gamers and promoting E-sports in Sri Lanka over the years, as it was identified that the youth are very passionate about it. As a result, Samsung has successfully initiated and completed three large scale gaming competitions in 2020 alone with over 1000 participants from all around Sri Lanka and a staggering 175,000 people streaming the tournaments each time. Samsung continues to amplify E-Sports in Sri Lanka not only with such events but with their products as well. Samsung’s recent introduction of Galaxy S21 series has features such as Game booster technology, display with 120Hz refresh rate, gaming processors and much more on offer. Samsung has revitalised their technology to be more focused on proving the ultimate gaming experience to its users.

Red Bull steps up to Energize the championship with their signature brand of flair and energy. Giving wings to Sri Lankan gamers by partnering with & conducting unique Esports events, Red Bull has been a significant part of Sri Lanka’s Esports growth over the years. Red Bull Campus Cricket was replicated on the virtual battlefield with Red Bull Campus Clutch earlier this year, where Sri Lanka’s top campus Valorant team was given the opportunity to represent the country on a global stage. Red Bull MEO was conducted in 2020 which gave Sri Lankan PUBG Mobile athletes the opportunity to showcase their skill amongst the world’s best. One of Sri Lanka’s largest PUBG Mobile events in 2021, Red Bull Fight or Flight, had over 400 squads competing for glory.

Registrations for the Inter-University Esports Championship will conclude on the 29th of June.

Government defends deal to give management of Arcade to Odel