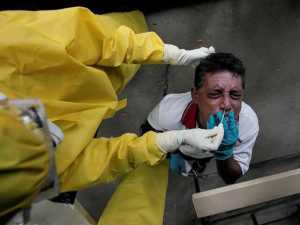 Over 120 people have tested positive in a factory in Wattala where several Indians are employed, the Public Health Inspectors Association (PHI) said.

Secretary to the Association M. Baalasooriya told Colombo Gazette that they were among 192 employees of the factory who were subjected to PCR tests yesterday.

Baalasooriya said the factory consists of employees who are mostly Indian nationals.

He further said samples of the infected employees have been collected to verify if they have contracted the highly transmissible Delta variant of the coronavirus.

The Delta variant has already been detected in the Dematagoda area in Colombo, while it is suspected that it may have also been found in the Madiwela area. (Colombo Gazette)