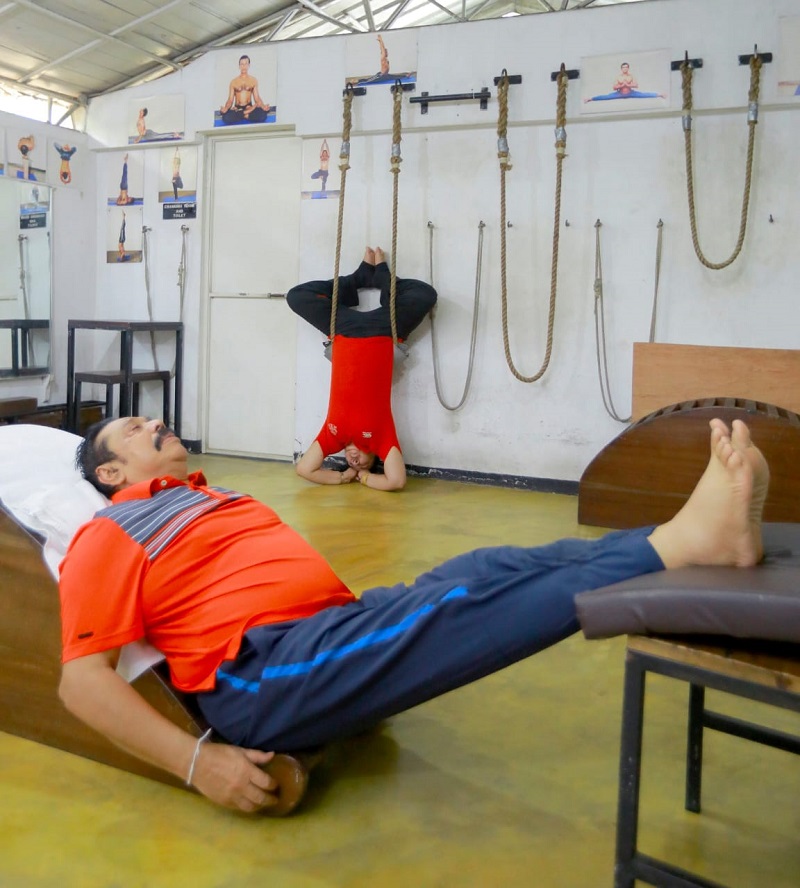 The date the photograph was taken was unclear but sources said it was sent to the Indian High Commission in Colombo today (Monday).

The photograph shows the Prime Minister doing Yoga while his wife Shiranthi Rajapaksa is seen doing a head-stand.

“Our sincere gratitude to @PresRajapaksa,Hon’ble PM, and Madam Shiranthi Rajapaksa for this inspiring  glimpse of one of your #yoga sessions. Millions of #yoga enthusiasts will continue to be enthused to see you make Yoga a part of your lives. Respect,” the Indian High Commission in Sri Lanka tweeted.

International Yoga Day is observed today, the 21st of June, following its inception in the United Nations General Assembly in 2014. (Colombo Gazette)