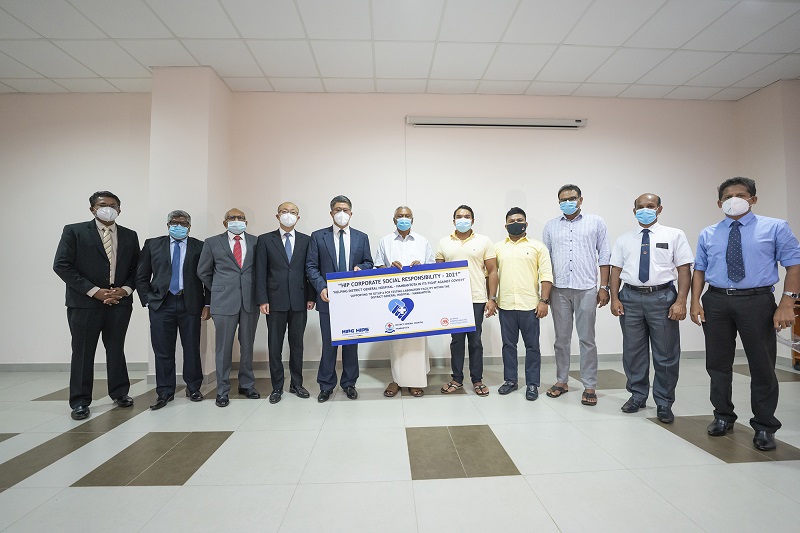 CEO of HIPG, Johnson Liu, speaking at the event said that part of the funding for the PCR testing facility comes from the China Merchants Foundation (CMF), the philanthropic arm of HIPG’s main shareholder CM Port.   He said CMF’s mission is to find innovative solutions to social challenges, with a view to making society sustainable and equitable. “The Foundation has always been supportive of HIP’s CSR initiatives and our commitment towards resolving issues faced by the local communities of Hambantota.  While our objective is to find projects that have a significant impact socially and environmentally, this time round we believe the need of the hour is to support this project.  A fully fledged  PCR testing laboratory was a long-standing need of this region and we believe the new facility will bring the much needed infrastructure support to help maintain the health and safety of the Hambantota community.”

The CEO also offered to bridge a lead hospital in China with the Hambantota District General hospital for further collaboration.  Thanking regional health authorities for inviting HIPG to be part of this project, Johnson Liu added that as a responsible organisation, fostering the safety and development of the community, as well as its economic welfare was a priority goal of HIPG.  He further said, infrastructure support for the PCR testing facility will be a first step in positioning the Hambantota General Hospital as the disease control center for the Southern region.

Hambantota Port being developed as a multipurpose port