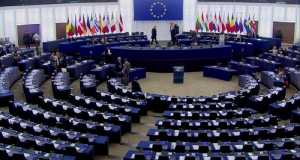 The EU Parliament resolution for the European Commission to consider suspension of the GSP-Plus trade benefits to Sri Lanka, listing out alleged ‘human rights violations’ is as much intrusive as many others elsewhere might have been educative. Time used to be when western nations and groupings like the EU used to impose curbs on child labour, etc, on Third World nations for extending trade and other fiscal benefits, and over the medium and long terms they have helped those countries and communities – but no so possibly this one.

In the current instance, the EU resolution has called for the Sri Lankan Government to repeal of ‘draconian’ Prevention of Terrorism Act (PTA), and expressed ‘grave concern’ about the ‘arbitrary arrest’ of civil society activists, lawyers, writers and poets such as Hejaaz Hizbullah and Ahnaf Jazeem.  In particular, it also referred to the continued detention of the former head of the criminal investigations department, Shani Abaysekara. The resolution further asked the Government to desist from appointing military men to civilian positions.

The political Opposition, especially of the majority Sinhala-Buddhist variety, namely the SJB and its weakened parent, UNP, have promptly asked the Government to do what the EU has asked, lest the precarious national economy should suffer more than already from the inevitable withdrawal of GSP-Plus concessions. As is to be expected, the Government has even more vehemently declined, listing out its own reasons – which has already failed to convince the EU and the rest of the West. Therein lies the catch.

The EU, for instance, says that the Government has not acted on its commitment to withdraw PTA. It knows and does not want to acknowledge that such a commitment was given by politicians now in the Opposition, when they were in power, 2015-19.

The EU is well within its right and understanding to refer to the Sri Lankan Government as a continual and constant institution. But they also know that the reigning Rajapaksas were opposed to the withdrawal of PTA even when similar demands were placed on the nation when post-war Mahinda presidency was in power.

By extension, the EU should have known that if the Rajapaksas were to return to power in the 2019 presidential polls, their position on PTA too would return along with them. They should have then insisted on the then SLFP-UNP Government of President Maithripala Sirisena and Prime Minister Ranil Wickremesinghe to dump PTA, lock, stock and barrel.

The EU did not do it at that time. As much as they knew the Rajapaksas’ position on the PTA, they were also alive to then Government’s argument – that they still wanted either a watered-down PTA, or the same PTA by another name. That is to say, there is some kind of a political consensus on that score, barring those from the minority communities, whose concerns however were/are real.

Going beyond it all however, there is the question of the specific reasons and causes for effecting PTA arrests and those ‘arbitrary detentions’ outside of the same. Specific to the EU demand should be the case of ex-police officer Shani Abeysekara, who was arrested on the basis of leaked audio-recording of his telephone conversations with then UNP junior minister, Ranjan Ramanayake. The latter is now in prison for contempt of court, suo motu taken up by the courts.

From what is on record, there is a prima facie case, Abeysekara acted on Ramanayake’s instance in relation to some cases that his men were investigating. Allegedly, there are also records of his undertaking such conversations with other politicians and even incumbent judicial officers, with particular reference to cases under investigation and/or before the courts. If these are not offences in the eyes of the EU, what are?

It is more than possible that the EU’s concerns on the Abeysekara front owes mainly to his arrest also being centred on his help for CID inspector Nishantha Silva to leave the country with his family not long after President Gotabaya Rajapaksa came to power. According to undenied reports from those days, Silva and family obtained political asylum in Switzerland – obviously, pre-arranged.

Interestingly, no one to date has listed out any of Silva’s apprehensions – and found out if they were real or imaginary. At least, no such report has appeared anywhere.

Fair enough, Silva and many others in the police force and also other arms of government may have had apprehensions about what awaited them under the new dispensation after they had gone after the Rajapaksas, then in the Opposition, on alleged crimes from their previous term in office. If the EU had referred to Silva and the like in its resolution or elsewhere, too, it may have made greater sense – though still contestable, at least in Sri Lankan courts, under Sri Lankan laws.

Ironically, each and every listed-out EU allegations challenge Sri Lankan State’s sovereignty and the embedded powers of every State institution, including Parliament and Judiciary. For starters, the EU demand for PTA withdrawal pre-supposes that Sri Lanka is not a democracy, now or even when under the Sirisena-Wickremesinghe regime, and that the Government could have got PTA withdrawn at will.

As may be recalled, apart from the concerns of the State’s entrenched security apparatus with the JVP-LTTE ghosts from the past dancing in front of their eyes, day-in-and-day-out, the previous Government of National Unity (GNU), which it was not, also faced logistic legislative issues on abrogating PTA. On PTA at least, there was no guarantee that a repeal law would be passed.

Today, there is a government with a solid majority in Parliament, but that does not automatically mean that it could get anything passed through Parliament. Only recently, the Government thought it prudent to submit multiple amendments to the even otherwise controversial Colombo Port City Economic Commission Bill, with respect to the China-funded financial SEZ, even when the Supreme Court was still seized of the ‘determination’ issue.

It owed as much to the lukewarm response from the Government coalition as to the penetrating queries from the Bench, and political criticism from the Opposition. Clearly, the Rajapaksa regime cannot be expected to have the last word on any law that rescinds the decades-old PTA. It’s not that it secures the nation, but it has given an unproven sense of security to the majority population – and by extension the divided polity that represents them.

The British colonial ruler of the nation is no more a member of the EU. To be fair enough, it’s decades past since European colonial powers withdrew to their home-shell. But their colonial mindset refuses to die. They continue to believe that they and they alone know what is good for their erstwhile colonial holdings.

The UK, which quit the EU for its own reasons, is doing what the rest are doing, but also with them, yes, in the UNHRC and elsewhere – and that’s what the current discourse is all about, independent of what Sri Lanka itself has to do for its ethnic minorities and on the larger human rights plane – say, for instance, police officer Abeysekara is neither a Tamil, nor a Muslim, but belongs to the Sinhala-Buddhist majority!