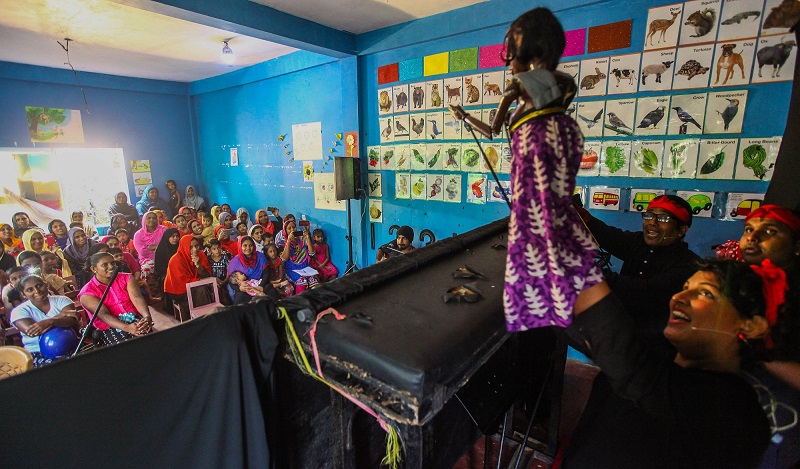 The Centre for Equality & Justice (CEJ) is implementing a project on Sexual and Gender Based Violence (SGBV). The project will focus on women from Sinhala, Tamil and Muslim communities in the Puttalam, Kilinochchi and Polonnaruwa districts and will raise awareness on the barriers they encounter when accessing the criminal justice system while also suggesting possible solutions to the challenges they face.  CEJ is a women’s organization based in Colombo and works with women and other stakeholders to achieve gender justice.

Subsequent to preliminary consultations with women’s groups in these districts, CEJ has identified that these women grapple with issues of domestic violence and other forms of gender-based violence such as rape and sexual harassment. Especially during the COVID-19 lockdown period, a significant increase of domestic violence incidents were reported. There are significant challenges faced in accessing justice, especially due to the gender insensitivity among lawyers, court staff, and judges, the lack of gender sensitive female and male police officers, law-related delays, the language barrier in accessing justice and effective implementation of the Domestic Violence Act.  Other laws that have a bearing on a female victim survivor’s access to the criminal justice system also pose a challenge to these women.  Furthermore, there is a lack of a conducive environment in the health sector for women victim survivors and a lack of safe shelter spaces for victim survivors. These issues act as significant barriers in women seeking justice for the violations they have been subjected to.

Urgent law and policy reforms are required to address the gaps in the substantive and procedural laws and delays in the criminal justice system. The provision of gender sensitivity training for different actors in the criminal justice process is a critical need.  Victim survivors also need access to professional counselling and psychosocial services. Solutions should include increasing the cadre of counsellors and psychologists and providing survivors with access to these services, increasing shelters and safe spaces for victim survivors. Procedural changes are needed to improve the response of the 119 and 1938 hotlines and other available hotlines to make complaints on SGBV incidents, increase the cadre of officers trained in Sinhala and Tamil languages at the police stations and appoint qualified interpreters among the court staff.

CEJ hopes to raise awareness of these issues at the community level using puppetry and other creative means and will conduct an advocacy campaign via mainstream and social media targeted at policy makers and lawmakers to bring about the needed reforms.

Petition filed in court calling for extensive probe over fire