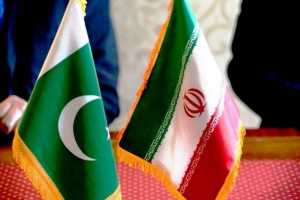 On night of February 2, 2021, Iran’s Revolutionary Guards conducted a surgical strike in Pakistan and successfully rescued two kidnapped Iranian border guards who were taken as hostages by Jaish ul-Adl (Army of Justice) militants on October 16, 2018.

A Pakistan-based radical Salafi terrorist group ‘Jaish ul-Adl’ had kidnapped 12 Iranian Revolutionary Guards to the Pakistani territory from Sistan and Balochistan Province of Iran on the border between the two countries. Five of the soldiers were released on November 15, 2018, while four more Iranian soldiers were rescued by the Pakistani Army on March 21, 2019. Jaish ul-Adl, which Tehran has declared a terrorist organization, is waging an armed struggle against the Iranian government, saying it defends the rights of Baloch Sunnis in Iran.

Some of the recent such incidents involving Iranian Security Forces and Jaish ul-Adl are:

On February 13, 2019: A suicide attack in Sistan and Balochistan Province of Iran killed at least 27 members of the Revolutionary Guards and wounded 13 others. Jaish al-Adl took responsibility for the attack.

On April 26, 2017: Jaish ul-Adl killed 10 Iranian border guards at their post in Sistan and Balochistan province.

On April 7, 2015: Eight Iranian border guards were killed in a clash with Sunni rebels who had infiltrated from neighboring Pakistan.

Earlier, in February 2014, five Iranian soldiers were abducted and taken across the border from Iran into Pakistan, by Jaish ul-Adl militants. In October 2013, 14 Iranian guards were killed in an ambush near the border with Pakistan by Jaish al-Adl.

Iran has repeatedly blamed Pakistan for sheltering militants associated with attacks in the border area. The tension has cropped up due to the shared border between the two countries dividing ethnic Baloch people residing in Pakistani province of Balochistan and Iranian province of Sistan-Balochistan. Also, the Shia-Sunni divide creates further violence as Sunni Baloch are considered minority in Shia Iran.

In a way, Jaish ul-Adl is seen as the incarnation of Jundallah- Soldiers of God, (also backed and funded by Pakistan), which began a bloody rebellion against Iranian Government in 2000. For a decade, Jundallah waged a deadly insurgency on civilians and officials in the restive southeast. Jundallah has been weakened since Iran executed its leader Abdolmalek Rigi in 2010 after capturing him in an operation. Rigi had been on a flight from Dubai to Kyrgyzstan that year when Iranian fighter jets intercepted the airliner he was travelling on and forced it to land before arresting him. Like its predecessor, Jaish al-Adl operates from bases in the southeastern province of Sistan and

Balochistan and neighbouring Pakistan, where it gets support from ethnic Baloch tribes. Over several decades Balochi groups have fought Iran’s Islamic regime, as well as the Pakistani establishment with the goal of greater autonomy or independence. Most militant groups in this area are formed on tribal affinity and connections. Therefore, local tribes and their Sardaar (chief) control large swaths of the region and neither Iranian nor Pakistani security forces have a permanent presence in the region. Also, from religious perspective, Sistan and Balochistan province is home to a large community of minority Sunni Muslims who complain of discrimination in Shiite-dominated Iran.

Jaish ul-Adl was founded in 2012 by its current leader- Salahuddin Farooqui, a militant known for his opposition to Iran’s support for President Bashar al-Assad in Syria’s civil war. Since then, it has claimed responsibility for dozens of deadly bombings, ambushes and other attacks on Iranian security forces in the restive region, as well as abductions. In recent years, the militant organization has been, justifying its terrorist attacks in retaliation for what it considers to be Iran’s crimes against the oppressed peoples of Iran and Syria. The outfit has launched a number of attacks on Iranian security forces in the border areas since 2012, often resulting in the kidnapping and murder of members of the Iranian security forces. The group adheres to ultra-orthodox Sunni-Deobandi ideology. And, although relatively little information is available about the group’s ambitions, the aim of its parent organization was to fight for Sunni-Baluch rights inside Iran.

As is well known, Jundallah and its successor Jaish ul-Adl oppose the Islamic Republic of Iran’s Shia leaders, and Tehran regards them as terrorist organizations. The Iranian government is of the opinion that fighters associated with Jaish ul-Adl use the western reaches of Pakistan’s poorly administered and policed Balochistan region as a hideout to plan attacks across a porous border. It is considered the largest Sunni outfit operating to undermine the Iranian government.

There is no denying the fact that topic of terrorism has spread to every part of the world. Both Pakistan and Iran share a border with Afghanistan, having provided shelter to millions of refugees. The element of terror is constant in the neighborhood with numerous militant outfits operating with impunity within Pakistan. In such scenario, Pakistan is expected since over two decades if not earlier, to act with honesty and force against these groups.

Since the inception of Pakistan in 1947, the relationship between Iran and Pakistan has altered significantly. At first, Iran was a brother and friend. There was significant bilateral cooperation in economic, cultural and security matters; for example, Iran provided support to Pakistan in its 1965 and 1971 wars against India. The relations saw an altering phase with Pakistan becoming US ally during the Afghan-Soviet War (1979-88) and this affected Pakistan-Iran relations. During the 1980s, Pakistan’s political proximity to Saudi Arabia, along with Islamization, triggered a sectarian divide within the country. Later, following 9/11, the US led War on Terror, which brought Pakistan and the United States together, added to the trust deficit between Islamabad and Tehran. Presently, the level of economic cooperation is far below its considered potential, and there is no defense cooperation. Despite the often-publicized rhetoric on both sides mentioning to the other as a “brotherly state,” there have been fracases in the border areas, along with accusations of cross-border terrorism.

The visit of Pakistani Prime Minister, Imran Khan to Iran in 2019, brought the issue of Pak-sponsored terror groups operating inside Iran to the forefront. Iranian President Hassan Rouhani urged Imran Khan to take action against the al-Qaeda linked Jaish ul-Adl terror outfit. This comes subsequently, as tensions between Iran and Pakistan intensified early in 2019 following the fatal attack on a bus carrying Islamic Revolutionary Guard Corps (IRGC) servicemen, which killed as many as 27 and left 13 others wounded. Two Pakistani nationals were suspected of connection in the attack. Rouhani further said that Iran and Pakistan should not consent decades of friendship and fraternity between the two countries to be affected by the actions of small terrorist groups, the source of whose financing and arms is mutually known by both countries.

One can very well state that a major issue causing distress between Iran and Pakistan is that of the border management. It is actually threatening the bilateral relations. The case of frequent terror incidents in Iran’s Sistan and Balochistan and the ongoing Baluch insurgency in the adjoining area of Balochistan- within Pakistan, require understanding on the part of both country’s leadership.

Interestingly, Pakistan has taken full advantage of the situation by funding and backing not only Jaish ul-Adl but also its predecessor- Jundullah, to divert the attention from abuses it is committing within Balochistan to Iran and channel out the rogue elements into its western neighbor. Moreover, the Government of Pakistan has always allowed these militants to easily enter Pakistani territory after performing their operations inside Iran and Pakistan lacks serious and genuine intentions to confront these terrorists in spite of frequent requests from Iran. Though, Pakistan has also been busy playing the victim card by stating at various occasions about border problem it is facing with Iran. In one such instant, In May, 2020, Pakistan’s Chief of Army Staff General Qamar Javed Bajwa called his Iranian counterpart, Major General Mohammed Bagheri, and discussed an array of issues including border fencing, improvement of border terminals and the killing of Pakistani security personnel near the Pakistan-Iranian border. Bajwa said that Pakistan has started fencing the border but will require mutual bilateral cooperation to ensure border security and stem smuggling activity which is also used by terrorists and Narco traffickers for covering their movement. The army chief reiterated Pakistan’s desire for regional peace and stability based on mutual respect, non-interference and equality. The eye-wash does not seem to be working as violence and instability are very much evident in both sides of the Goldsmith Line. (Courtesy 8am.af)