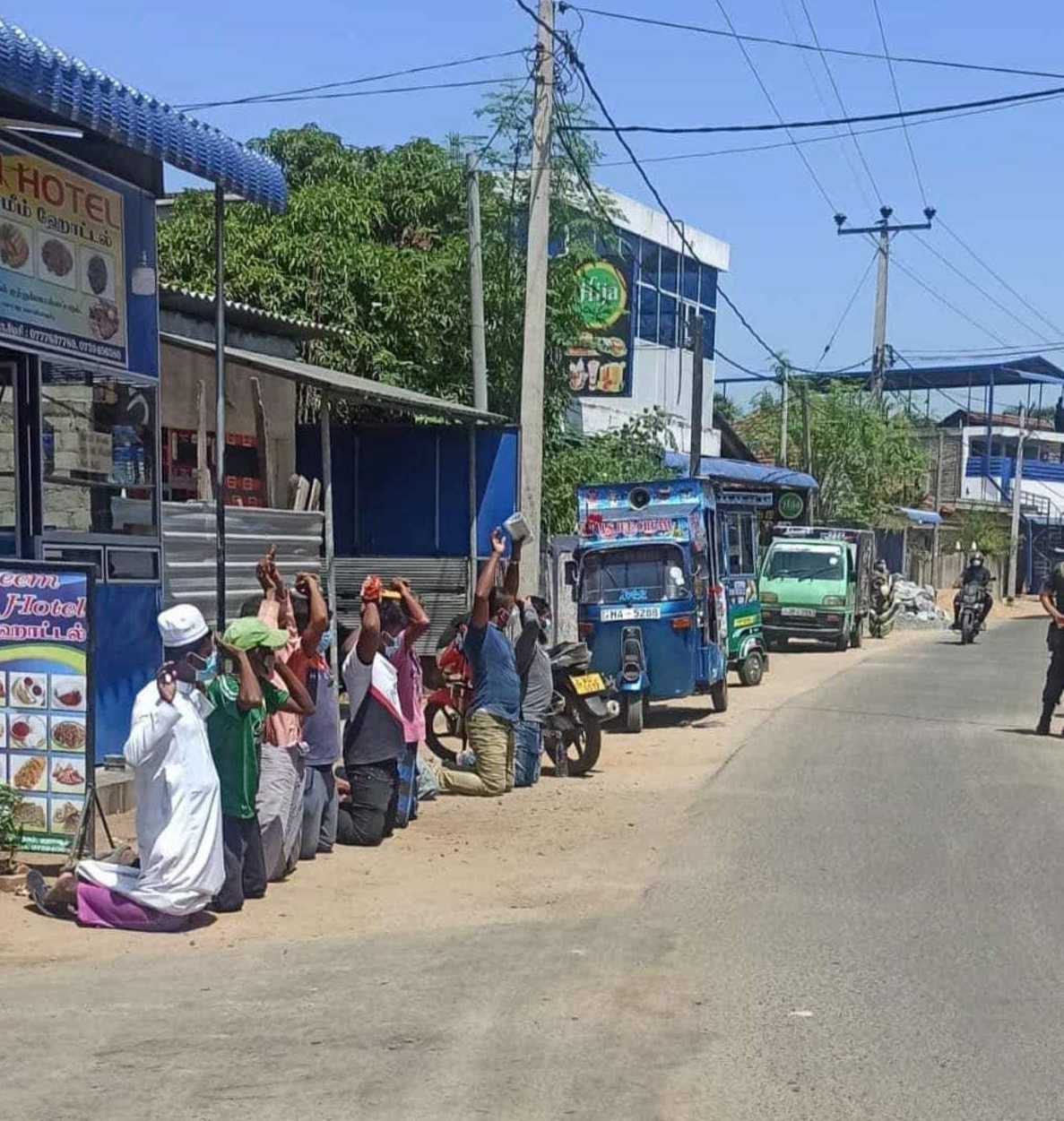 A group of soldiers accused of harassing the public in Eravur have been removed, the Army said today.

Photographs were widely circulated on social media showing the soldiers in Eravur allegedly forcing people who violated the travel ban, to get down on their knees and raise their hands.

In a media statement issued today, the Army said that the soldiers accused of being involved in the incident were immediately removed.

The soldiers were removed on a directive from the Chief of Defence Staff and Commander of the Army, General Shavendra Silva.

The Army said that an initial Military Police investigation has already commenced.

The Army said that it will adopt the strictest disciplinary action against all errant Army personnel once thorough investigations are completed. (Colombo Gazette)