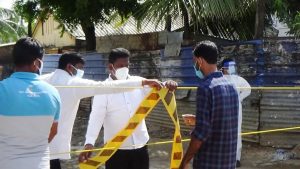 Several areas will be placed under isolation from tomorrow (Monday), the Government announced today.

The areas to be placed under isolation includes the Aramaya, 66 Watta in Dematagoda where the Delta variant of the coronavirus was detected.