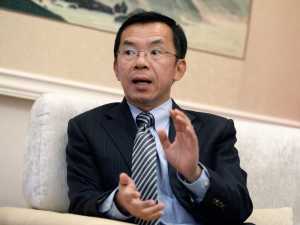 A Chinese diplomat in France has expressed concern over the recent shift of military focus of the European countries on the Indo-Pacific region, which is said to be aimed at targetting China.

In an interview with French newspaper L’Opinion, Ambassador Lu Shaye said that European countries should seek to work with countries in the Indo-Pacific region.

“We hope that the Indo-Pacific strategy of the European Union and France can promote cooperation with countries in the region, instead of using it as a strategy against China, especially military confrontation,” Lu said, as quoted by South China Morning Post.

“Unfortunately, so far we have only seen its military side. France should focus more on economic and trade cooperation,” he said.

These remarks come as European Union has adopted its own Indo-Pacific strategy policy in April that promises to put the EU at loggerheads with China.

The Council adopted conclusions on an EU strategy for cooperation in the Indo-Pacific, setting out the EU’s intention to reinforce its strategic focus, presence, and actions in this region of prime strategic importance for EU interests.

The 10-page document comes as China continues to threaten the security of the area by claiming sovereignty in most parts of the region.

The EU’s Indo-Pacific Strategy paper makes it clear that Europe is determined to deepen its influence in the region. China’s rising assertiveness abroad and growing repression at home is a major driving force behind Europe’s motive in the Indo-Pacific.

Lu’s remarks come a few days after the release of a joint statement by the Group of Seven (G7), in which they raised serious concern about the situation in the East and South China seas.