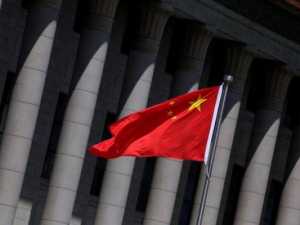 China has sanctioned a Belgian lawmaker who called for a proposal warning of a risk of genocide against the Uyghur Muslims minority in the country’s Xinjiang province.

This comes after the Belgian Parliament earlier this week passed a joint motion recognising crimes against humanity and a ‘serious risk of genocide’ being perpetrated against the Uyghur Muslims in Xinjiang.

The motion also calls upon the Belgian Government to terminate its bilateral extradition treaty with China and to block the ratification of the now frozen EU-China Comprehensive Agreement on Investment (CAI). According to the South China Morning Post (SCMP), the resolution will be confirmed by a plenary session in the country’s House of Representatives on July 1.

In response to the motion, China on Wednesday said it had decided to sanction the member of parliament, Samuel Cogolati, who authored the Uyghur motion.

Addressing a press conference, Chinese foreign ministry spokesperson Zhao Lijian said, “The allegation of ‘genocide’ in Xinjiang is a total rumour and lie fabricated by people with ulterior motives. The real intention is to disrupt Xinjiang’s social stability and contain China’s development.”

Meanwhile, the World Uyghur Congress (WUC) said in a press release that the decision of the Belgian Parliament “to recognize the serious risk of a genocide of the Uyghurs is another important step towards widespread recognition of the Uyghur genocide”.

“It is imperative that other countries in the European Union, as well as the EU institutions themselves, follow suit and take a firm stance against China’s atrocities and recognize them for what they are: a genocide,” said WUC President Dolkun Isa.

The adopted motion in the Belgian Parliament came shortly after a hearing on the question of an Uyghur genocide was held in the Belgian Parliament’s External Affairs Commission. Former camp teacher Qelbinur Sidik described the horrific conditions inside the camps, highlighting systematic rape, torture, sexual abuse, and other forms of severe maltreatment.

Over the past four months, the Canadian, Dutch, British, Lithuanian, and Czech parliaments adopted motions recognising the Uyghur crisis as genocide.

China has been globally rebuked for cracking down on Uyghur Muslims by sending them to mass detention camps to undergo some form of forcible “re-education or indoctrination”. (Courtesy Daily Hunt)