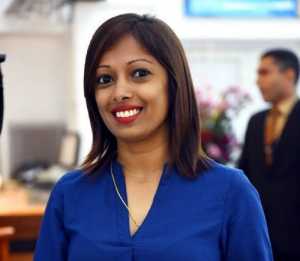 A heated exchange took place between a scribe and politician on a Twitter Space this evening with regard to comments made by a health official.

The Twitter Space was organised by Chokolaate Magazine on media ethics and guidelines and featured four journalists as guest speakers.

During the discussion Jayawickrama questioned the silence of the media over the recent comments made by a health official.

He asked why most media did not report on the comments made by the Director of the Disaster Preparedness and Response Division at the Ministry of Health, Dr. Hemantha Herath.

Herath was caught on camera telling reporters after a media conference that some journalists killed in the past were third class journalists.

Some of the journalists responded that the matter was highlighted by some media institutions.

The journalists also questioned the silence of the opposition on the matter including the Samagi Jana Balawegaya.

However, Jayawickrama continued to question the media saying they were silent when the health official seemed to be indicating that slain journalist Lasantha Wickrematunge was a third class journalist.

As both the journalists and Jayawickrama continued to debate the matter, Marianne David, who was a listener on the Twitter Space, joined the discussion.

David, who had worked with Wickrematunge at The Sunday Leader, slammed Jayawickrama over the comments he was making.

She questioned the silence of his party leader on the Lasantha Wickrematunge murder investigation when he was in the 2015 Government.

A heated exchange took place between both sides before the moderator intervened and ended the session.

I was allowed to speak. it’s not as if I spoke without permission. I still stand by the questions I asked. I didn’t sugarcoat by party in the process either

If you did notice, I asked my question and it ended there. key point is that I was allowed to speak. @MarianneDavid24 then raised a point to which I answered again. How is that classified as “hijacking”?