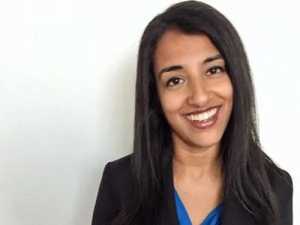 The award in the international reporting category that Megha Rajagopalan shared with two colleagues – Alison Killing and Christo Buschek – from an internet media, BuzzFeed News, was announced on Friday by the Pulitzer Board. This was the first Pulitzer for BuzzFeed News, a digital news publication founded in 2014.

While, another journalist of Indian origin, Neil Bedi, won a Pulitzer in the local reporting category for investigative stories he wrote with an editor at the Tampa Bay Times exposing the misuse of authority by a law enforcement official in Florida to track children.

Rajagopalan and her colleagues used satellite imagery and 3D architectural simulations to buttress her interviews with two dozen former prisoners from the detention camps where as many as a million Muslims from Uighur and other minority ethnicities were interned.

She has reported from 23 countries in Asia and the Middle East on stories ranging from the North Korean nuclear crisis to the peace process in Afghanistan.

Her work has been translated into seven languages, been taught in classrooms at Columbia and NYU, and was anthologized in 2018’s What Future: The Year’s Best Writing on What’s Next for People, Technology, and the Planet.

One of her colleagues Alison Killing is a licensed architect and geospatial analyst who uses maps and data to investigate urgent social issues. Christo Buschek is a programmer and digital security trainer, and builds tools tailored for data journalists and human rights defenders. (ANI)