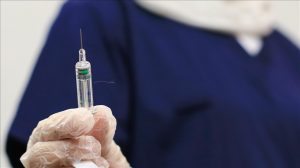 A driver and a minor staff member attached to the Habaraduwa Medical Officer of Health (MOH) have been accused of stealing 30 doses of the Sinopharm vaccine.

A Public Health Inspector attached to the Habaraduwa MOH had filed the complaint yesterday with regard to the theft.

The stolen doses of the Chinese vaccine are reported to be worth Rs. 90,000, DIG Rohana said.

He added that the Galle Senior Superintendent of Police (SSP) has directed the Divisional Crime Detective Bureau to conduct a special investigation into the alleged theft. (Colombo Gazette)