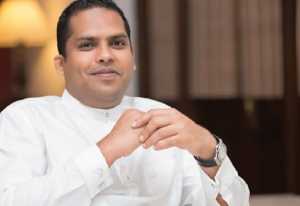 The Police today raided the residence of Samagi Jana Balawegaya (SJB) MP Harin Fernando after receiving information that a meeting had been organized at the premises.

MP Fernando told Colombo Gazette that a team of nearly 25 Police officers, in uniform and civil attire were found along the road leading up to his residence in Wattala.

He said upon inspecting his CCTV footage, he had found that four Police jeeps were also blocking the entrance to his lane, while a police guard post had also been set up inside the lane.

After finding five or six Police officers outside his gate, the MP said he had stepped outside and inquired from them on the reason for their arrival.

MP Fernando said a senior Police officer had then informed him that a bus full of people were reportedly on their way for a meeting organized at the residence.

“The Police officers had been deployed to inspect the house to see if a meeting has been organized as per the information they received,” he said.

The SJB MP however said that after inspecting the house the Police officers had left as they had found nothing. (Colombo Gazette)