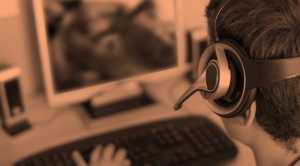 Another suspect has been arrested in connection to an online sex trafficking ring operated from Mount Lavinia.

Earlier, a man was arrested for operating the sex trafficking ring from his apartment in Mount Lavinia, by using a 15-year-old girl.

The suspect is reported to have conducted his operations via the internet, providing the girl for sex in exchange for cash. He was arrested and has been remanded after being produced before the Moratuwa Magistrate’s Court.

DIG Ajith Rohana said investigations have revealed that the chief suspect had used the female victim over the last 04-months on a daily basis. The teenager is reported to have been sold to different individuals on a daily basis during this period.

Further investigations conducted by the Police Children and Women’s Bureau had led to the arrest of the female suspect. She has been arrested on charges of transporting the victim to various customers. (Colombo Gazette)