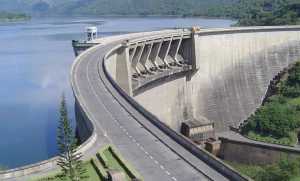 A minor earth tremor was reported near the Victoria Dam today, the Geological Survey and Mines Bureau (GSMB) said.

The tremor was recorded at around 1.9 on the Richter scale.

Officials have been on alert over the Victoria Dam since last year following tremors felt in Kandy.

Environment Minister Mahinda Amaraweera that the authorities were prepared to face any eventuality if a more powerful tremor is felt in Kandy.