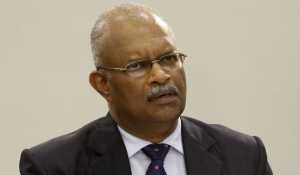 The Court of Appeal granted bail to Abeysekara and Sub-Inspector Sugath Mendis.

Abeysekara was arrested in July last year for allegedly concealing and fabricating false evidence in the case filed against eight suspects including former DIG Vass Gunawardena and his son over the alleged possession of firearms.

The Court of Appeal heard submissions yesterday of the two revision applications filed against the refusal of the Gampaha High Court to grant bail to Abeysekara and Mendis.

The cases were taken up on a motion urging for the cases to be taken up in open court due to urgency filed through the instructing attorney for Abeysekara, Gowrie Thavarasha.

When the cases were taken up, the court was informed that even after a specific court order on 19th May, the prison authorities had failed to submit a report on the medical condition of Shani Abeysekara to-date.

Court was shown a certificate dated 28th May from Specialist Consultant Physician Dr. Ananda Wijewickrema who had treated Abeysekara before, that he needed constant medical supervision and care, which if not done could cause serious complications that can endanger his life.

It was submitted by counsel that every day he was held in remand, Abeysekara is being exposed to great danger to his life and health.

Muslims in Sri Lanka assured of safety and security

Government insists 13A not a precondition for loan