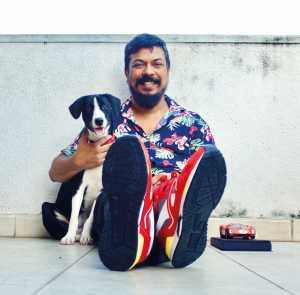 This hobby quickly launched into a brand that is currently seen in over 70 countries, in all continents. What started as just an interesting idea that related to their own collecting madness the brand CastHeads has turned into a media platform that engages readers and fans that interact with both the monthly magazine and its social media platforms daily.

Initially the brand CastHeads was started to create high end display cases for collectors, but due to high production costs, sales were low. Not wanting to lose the brand name the founders decided to pour their expertise in brand building to design, write and produce a publication of international standard.

Speaking about the magazine Nigel De Zilwa, Co-founder of CastHeads Magazine said, “We are very proud of our set up as even during the pandemic CastHeads magazine has managed to turn profits which are solely based on advertising done in foreign markets for international brands.

The past three years have seen many milestones for our plucky little brand; from the CastHeads Magazine becoming a de facto brand ambassador for PUMA motorsports line of footwear and clothing in 2020 to the media sponsor for the Tarmac Works eRacing team in the GT World Challenge Asia eSports Championship 2020, whose cars carried CastHeads Magazine branding in all the races.”

Lance Muller Co-founder of CastHeads Magazine added, “Another achievement that we intend to celebrate this month would be the launch of our very first printed issue in Europe. This was possible because of our collaborative effort with SOLIDO MODELS. We will be printing a third anniversary limited edition issue that will be distributed in France, Germany and Austria; depending on the response to the print publication we aim to make this a monthly feature.”

For founders, Lance K Müller and Nigel J De Zilwa, this has been both an eye-opening experience and an exciting ride in the world of entrepreneurship. CastHeads Magazine is the first periodical to enter the international digital media/publication world from Sri Lanka, and as the media world becomes more integrated CastHeads magazine is in the ideal position to provide excellent branding and advertising possibilities to a global market. Follow CastHeads magazine on Facebook and Instagram. For more information on CastHeads email info@castheadsmagazine.com