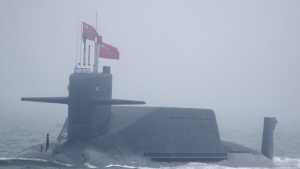 Nato leaders meeting for a summit in Brussels have warned of the military threat posed by China, saying its behaviour is a “systemic challenge”.

China, they said, was rapidly expanding its nuclear arsenal, was “opaque” about its military modernisation and was co-operating militarily with Russia.

But he stressed the alliance did not want a new Cold War with China.

Nato is a powerful political and military alliance between 30 European and North American countries. It was established after World War Two in response to the threat of communist expansion.

In recent years, the alliance came under strain as leaders debated its purpose and funding.

Tensions grew during the presidency of Donald Trump, who complained about his country’s financial contributions to the alliance and questioned the US commitment to defend European partners.

It is his successor Joe Biden’s first Nato meeting since taking office, and the new president has sought to reassert American backing for the 72-year-old alliance.

Mr Biden said Nato was critically important for “US interests” and the alliance had a “sacred obligation” to observe Article 5 of its founding treaty, which commits members to defend each other from attack.

Asked about his forthcoming summit with Vladimir Putin in Geneva on Wednesday, he described the Russian president as a “worthy adversary”.

In another development, the Nato leaders also agreed to pay to keep Kabul airport running in Afghanistan, as the US and its allies withdraw troops from the country.

Alliance member Turkey has offered to guard and operate the airport after troops leave. (Courtesy BBC)