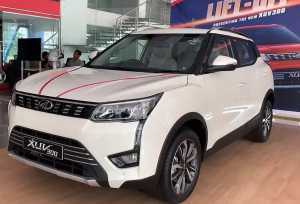 The Government today confirmed that luxury vehicles ordered for Members of Parliament (MP), have been cancelled.

Cabinet co-spokesman Keheliya Rambukwella told reporters today that a policy decision had been taken by the Cabinet earlier to cancel the order to import the vehicles.

Rambukwella said that the process to cancel the order took time as a Letter of Credit (LC) had already been signed and issued.

However, he said that the matter had been resolved and the order was cancelled.

The Ceylon Motor Traders Association (CMTA) had last week expressed its concerns on the decision the Government has taken to import 400 vehicles – including 227 luxury SUVs – to a value of Rs. 3.7 billion through the Bank of Ceylon.

The CMTA notified the Government of the issues and repercussions on international trade as a result of unilaterally dishonouring 216 LCs of its members that had been opened prior to the import ban in March 2020.

Totalling Rs. 5.2 billion, these include a considerable number of vehicles ordered by permit holders such as doctors and Government officials who are at the forefront fighting the pandemic, some of whom had already sold their existing vehicle, anticipating their new vehicle to arrive shortly. (Colombo Gazette)