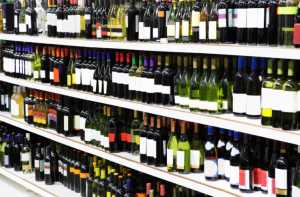 Supermarkets have not been permitted to sell alcohol via their online delivery service, the Excise Department said.

Excise Department spokesman Kapila Kumarasinghe told Colombo Gazette that no such decision has been taken as yet.

He said the sale of alcohol has been prohibited in line with the islandwide travel restriction enforced in the country due to the coronavirus situation.

The Excise Department spokesman made the statement, when inquired if supermarkets have been permitted to sell alcohol via their online delivery system.

A local newspaper had reported that the Excise Department had permitted supermarkets to sell alcohol via their online delivery service starting from today.

The report further said the public can purchase alcohol along with their daily essential goods and can get the goods delivered to their doorstep.

The Excise Department banned the sale of alcohol in line with the islandwide travel restrictions that were imposed on the 21st of May due to a surge in Covid cases as a result of the rapid spread of the third wave of the coronavirus.
According to the Excise Department, the ban imposed on the sale of alcohol will remain in place until the travel ban is lifted.
The current travel ban has been extended twice and is expected to be relaxed on the 21st of June. (Colombo Gazette)