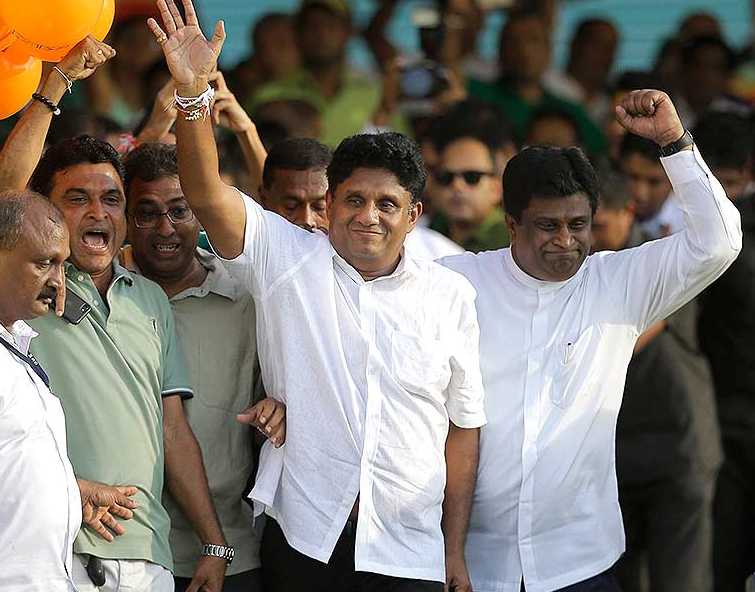 The Samagi Jana Balawegaya (SJB) says it will not accept new luxury vehicles to be imported by the Government for Members of Parliament (MP).

Opposition Leader and SJB leader Sajith Premadasa urged the Government to ensure that the funds are utilized to provide vaccines for all Sri Lankans.

“We of the Samagi Jana Balawegaya reject the proposal of the government to provide MPs with vehicles at taxpayers’ expense. We urge the government to ensure that these scarce public funds are utilized to provide vaccines for all Sri Lankans. SJB will never approve of using public resources for the betterment of the lives of politicians, rather such resources should be invested in promoting a prosperous and a developed motherland,” Premadasa said.

Meanwhile, SJB MP Dr. Harsha de Silva that if the Letters of Credit (LC) cannot be revoked as stated by Minister Keheliya Rambukwella then the SUVs must be exchanged for 112 ambulances urgently needed by the country.

The Ceylon Motor Traders Association (CMTA) had last week expressed its concerns on the decision the Government has taken to import 400 vehicles – including 227 luxury SUVs – to a value of Rs. 3.7 billion through the Bank of Ceylon.

The Government reversed its earlier decision to cancel the order, citing the fact that the Letters of Credit (LCs) had been already opened and “as the opening of Letters of Credit meant guaranteed payment, Sri Lanka faced the prospect of being blacklisted if a unilateral decision was taken” as per Minister Keheliya Rambukwella’s explanation to the press.

The CMTA notified the Government of the same issues and repercussions on international trade as a result of unilaterally dishonouring 216 LCs of its members that had been opened prior to the import ban in March 2020.

Totalling Rs. 5.2 billion, these include a considerable number of vehicles ordered by permit holders such as doctors and Government officials who are at the forefront fighting the pandemic, some of whom had already sold their existing vehicle, anticipating their new vehicle to arrive shortly. (Colombo Gazette)