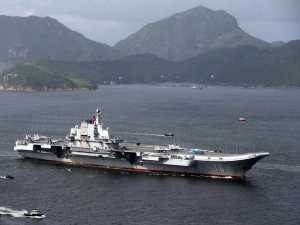 Hundreds of Chinese trawlers have gathered at the port of Gwadar in Balochistan, Pakistan, threatening the lives of thousands of fishermen in the state.

According to a video from Azadi News, the Chinese fleet has arrived in Gwadar to engage in fishing. The fleet consists of “factory ships” and contains food processing units to protect the fish.

At the port of Gwadar, a close ally of Pakistan, Chinese catch fish, process it and sell it to the international market, thereby depriving local fishermen of their lives.

Aziz Singhoor, senior commentator on Pakistan’s daily newspaper Roznama Azadi, has revealed the issuance of licenses by these Chinese vessels. The Pakistani government has denied this, but the Roznama Azadi newspaper and Singhoor are sticking to their position. According to Azadi News, at least 200,000 rupees are involved in the Gwadar

Their livelihood depends on their daily fishery. However, hundreds of thousands of fishermen are on the verge of unemployment due to interference from Chinese vessels, and some families will be adversely affected by Chinese trawlers at the port. This situation will make fishermen increasingly dependent on external forces for employment and destroy their lives.

Meanwhile, according to activists, the presence of Chinese boats complicates the distribution of catches and threatens the survival of fishermen from the Philippines.

Members of BIKGIS, a group of fishermen from the northern fishing areas of Zambales and Pangasinan, said the presence of Chinese boats in the Philippine Exclusive Economic Zone (EEZ) hindered their fishing activities. Reported by DW News Agency.

A fleet of Chinese government-sponsored vessels has wandered into farther waters in search of seafood, and more influence has become a common concern for Hawaiian commercial fishermen and the US military. (ANI)