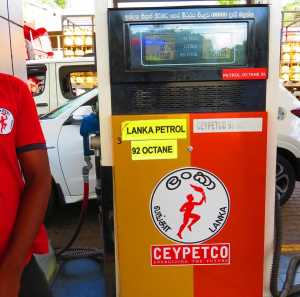 The Government has decided to increase the cost of fuel, Minister of Energy Udaya Gammanpila said today.

Accordingly, Ceylon Petroleum Corporation (CEYPETCO) announced that Petrol Octane 92 has been increased by Rs. 20 per litre, Octane 95 by Rs. 23, Auto Diesel by Rs. 07, Super Diesel by Rs. 12 and Kerosene oil by Rs. 07 with effect from midnight tonight.

Gammanpila said that the Government delayed a price increase as a result of the coronavirus situation.

He said the Government decided not to increase the price of fuel despite a sharp increase in world oil prices.

However, he said the Government is not in a position to delay a price increase any further.

As a result, the Cabinet Sub-Committee on the cost of living approved a proposal to increase the price of fuel.

Minister Udaya Gammanpila said that the date from when the price of fuel will be increased will not be announced immediately as that would result in long queues at fuel stations at a time the country is fighting the coronavirus. (Colombo Gazette)