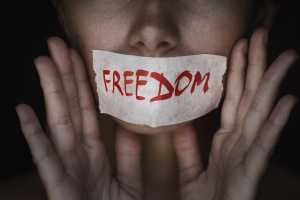 The Bar Association of Sri Lanka (BASL) has raised concerns over attempts to stifle the freedom of speech.

In a statement issued today, the BASL raised concerns over the contents of a recent media release issued by the Sri Lanka Police titled “circulation of fake news, photographs, videos causing disunity, hate and obstructing the Covid-19 programme”.

“The said circular contains a warning that the Criminal Investigation Department and the Computer Crimes Division of the Sri Lanka Police will be conducting investigations by monitoring the internet for violators, in order to enforce the law. The circular warns the public to refrain from spreading fake news and aiding or abetting the same,” BASL said.

The BASL said it had no objection to enforcing laws relating to hate speech and incitement to violence but it was important to ensure that authorities do not use such laws to stifle genuine expressions of dissent and criticism.

Furthermore, the BASL said it is apprehensive of members of the executive including the police being allowed to decide on what is or is not fake news and on the basis of their subjective decisions to cause arrests and detention of persons.

The BASL said it is deeply concerned that the provisions of the laws mentioned in the circular, could be misused by police officers in order to stifle the freedom of speech and expression which is a fundamental right enshrined in the Constitution.

At the time where the country remains under travel restrictions as a result of the Covid-19 pandemic, the BASL said it is essential that the freedom of speech and expression of the people and their right to dissent and disagree are protected.

“These concerns of the BASL have been brought to the attention of the Inspector General of Police by letter dated 10/06/2021,” the BASL added.

The BASL said that that it would continue to monitor any violations of the Fundamental Rights and the Rule of Law in respect thereof and would make further legal interventions where necessary. (Colombo Gazette)