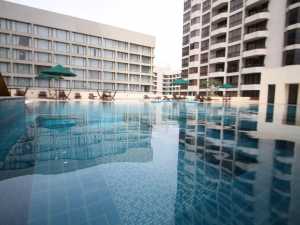 A poolside party held at a luxury apartment complex in Colombo was raided and nine suspects were arrested.

The Police said that the party was held in violation of the coronavirus quarantine regulations.

Police Spokesman, Deputy Inspector General (DIG) Ajith Rohana said that the party was staged on the rooftop of the apartment complex in Colombo 3.

He said the party was staged near the apartment complex swimming pool.

The Police have been raiding parties held in Colombo and other parts of the country during the travel ban. (Colombo Gazette)