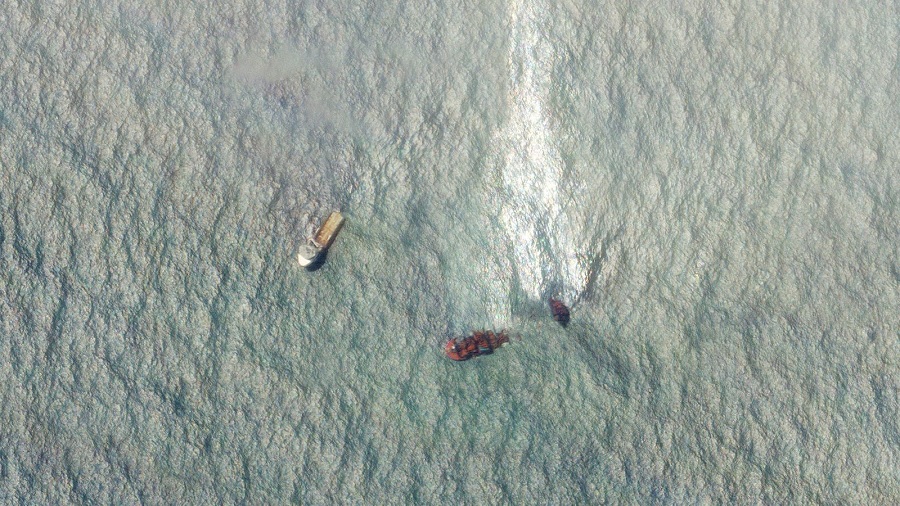 X-Press Feeders, operators of the container ship X-Press Pearl insisted that there were no confirmed reports of an oil spill from the ship as of last evening.

Foreign news agencies published a satellite image of the area around the ship saying it indicated there was an oil spill.

However, the ship operators said that the situation on scene remains under observation with no signs of debris and no confirmed reports of fuel oil pollution as of 1800 Sri Lanka local time yesterday.​

He said that oil from the containers destroyed in the fire and other debris may have washed into the sea giving the impression it is bunker oil.

The ships aft portion remains on the seabed at a depth of about 21 meters, and the forward section remains afloat and is reported as stable.

The salvors remain on scene to deal with any possible debris supported by the Sri Lankan Navy and the Indian Coast Guard, who have oil spill response capabilities on standby, X-Press Feeders said last night.

The ship owners said that representatives of ITOPF and MEPA visited the site yesterday and an oil spill response team is monitoring updates from the scene and remain on standby to be deployed in case of any reported spill.