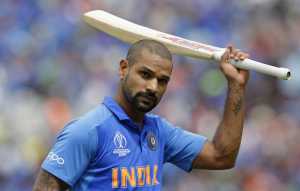 India has picked Shikhar Dhawan as captain for the series in Sri Lanka.

The All-India Senior Selection Committee picked the Indian squad for the 3-match ODI series and the 3-match T20I series against Sri Lanka scheduled in the month of July.

All the matches will be played at the R Premadasa International Cricket Stadium in Colombo.

Meanwhile, the Sri Lanka Cricket Board said that the National Team of India will arrive on 28th June 2021, to play a white-ball series.

The tour consisting of 03 ODIs and 03 T20i matches marks the arrival of India (men’s) National Team, to Sri Lanka, after a lapse of just over 03 years.

Its previous visit was in March 2018, when they took part in the ‘Nidahas Trophy’ Tri-Nation contest.

‘I am confident this series is going to attract the attention of the cricketing world, as both teams, which have excelled in the shorter formats of the game, plays an exciting brand of cricket, thus bringing joy to the fans,’ Ashley De Silva, CEO of Sri Lanka Cricket said.

The contest is also going to play a vital part in the Sri Lanka teams ongoing preparations for the 2023 ICC Men’s Cricket World Cup and the ICC Men’s T20 World Cup, scheduled to take place later this year.

The tour will be held under a bio-secure environment. (Colombo Gazette)