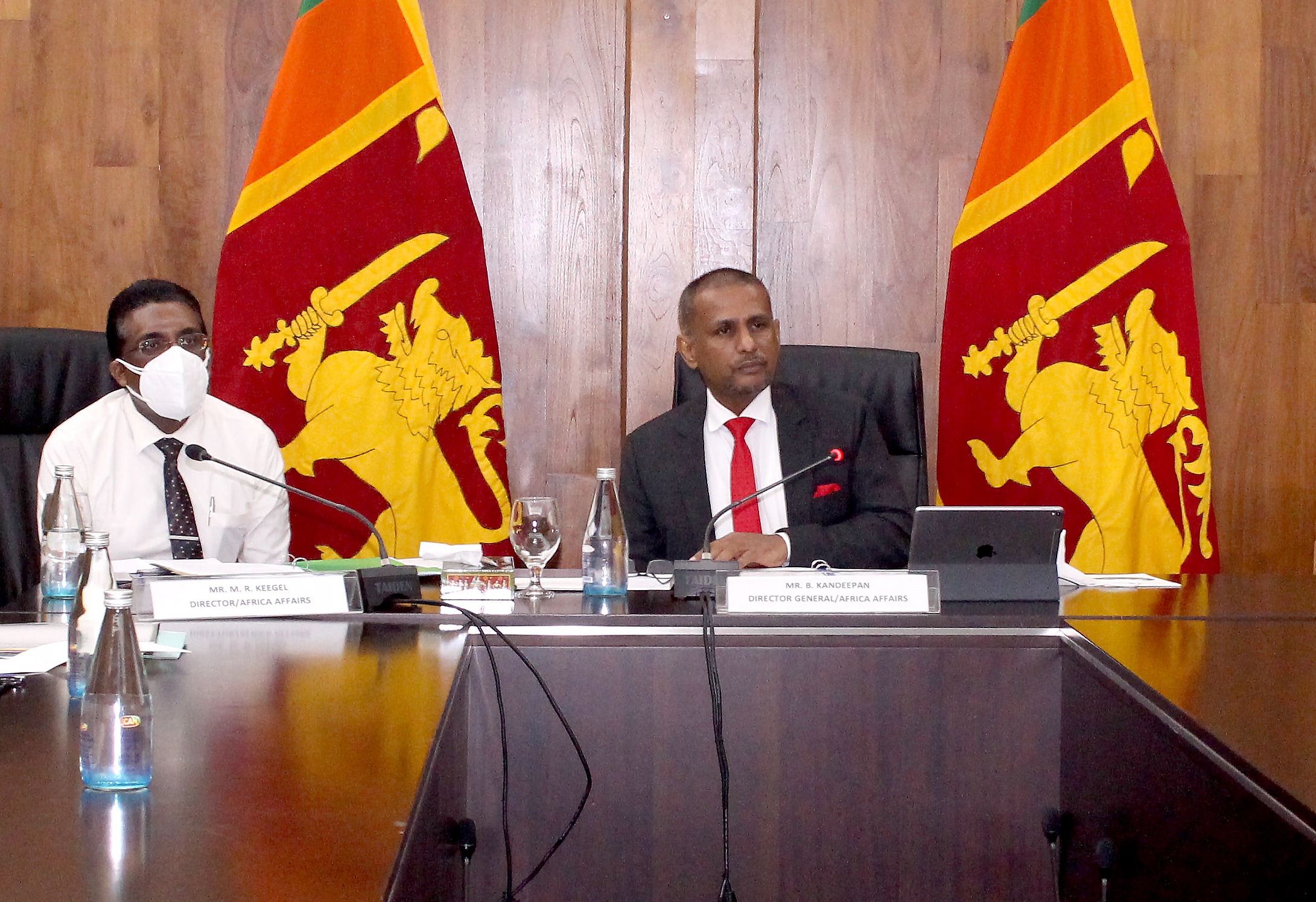 Sri Lanka is to enhance bilateral relations with Ethiopia and other countries in the Africa Region.

In keeping with the current policy of the Government, Foreign Minister Dinesh Gunawardena has attached priority to further strengthening ties with countries in the Africa Region, the Foreign Ministry said.

Bilateral Consultations between Sri Lanka and Ethiopia were held for the very first time. The Consultations focused on strengthening political, economic, social and cultural ties. The Sri Lanka Delegation was led by Director General of the Africa Affairs of the Foreign Ministry B. Kandeepan and Director General for Asia and the Pacific of the Ministry of Foreign Affairs of Ethiopia Asfaw Mollalign.

It was further noted that there is potential for further investment by Sri Lankan companies in other sectors such as agro processing, hydro power generation and manufacture of apparel and chemicals.

It was revealed that over 400 Sri Lankan professionals are currently employed in the hospitality and apparel manufacturing sectors in Ethiopia and there are opportunities for skilled employment for Sri Lankans in private sector companies in Ethiopia.

The discussions focused on enhancing bilateral trade. The total trade stood at USD 37 million last year. Srilanka’s exports to Ethiopia amounted to USD 36.83 million. It was noted that there is potential to further expand bilateral trade and it was agreed for the Chambers of Commerce of both countries to conduct studies in this regard.

Ethiopia expressed keen interest to continue bilateral cooperation in the education and health sectors. Both countries discussed closer cooperation at the multilateral level on areas of mutual interest including Environment and Climate change and implementing SDGs and to intensify cooperation through the African Union. The two countries agreed to celebrate the 50th anniversary of Diplomatic Relations in a fitting manner next year.