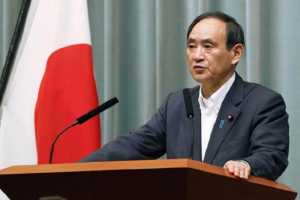 Japan is considering a request from President Gotabaya Rajapaksa for 600,000 doses of the AstraZeneca COVID-19 vaccine.

The Japanese Ambassador further stated that the Japanese Government has also agreed to provide necessary medical assistance for Sri Lanka’s fight against the coronavirus.

Sri Lanka has vaccinated nearly one million people with the AstraZeneca Covishield vaccine from India.

However, there is a shortage of the vaccine due to a fire at the Serum Institute of India which manufactures the vaccine, and also due to the sudden outbreak of the virus in India causing a significant increase in local demand for the vaccine.

Sri Lanka initially received 500,000 doses of the AstraZeneca vaccine free of charge from India and the Government later purchased another 500,000 vaccines.

Part of the stock in hand was utilized to provide the second jab to frontline healthcare workers, the Military and the Police.

President leaves on official visit to Japan and Philippines