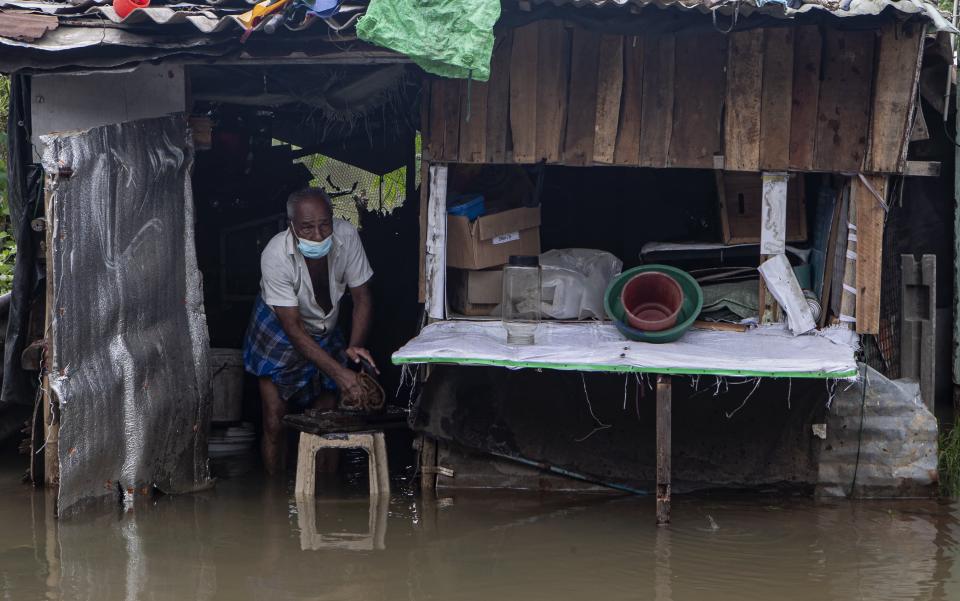 The death toll from the inclement weather rose to 20 today (Wednesday) with over 176,000 people affected, the Disaster Management Centre (DMC) said.

According to the DMC, the victims include 5 from Gampaha, 6 from Ratnapura. 4 in Kalutara, 3 in Kegalle, and 2 in Kurunegala.

The DMC said that 176,419 people have been affected by the inclement weather so far.

Heavy rain and strong winds experienced in most parts of Sri Lanka over the past several days has resulted in floods and landslides.

The DMC said that, so far, 2905 people affected by the inclement weather are at temporary shelters while several others are staying with relatives.

Meanwhile, the Department of Meteorology said that rain will continue to be experienced at times in the Western, Sabaragamuwa and North-Western provinces and in the Galle, Matara, Nuwara-Eliya and Kandy districts.

Showers or thundershowers will occur at a few places in the Uva and Eastern provinces and in the Mullaitivu District as well.

Fairly heavy rain, above 75 mm, can be expected at some places in the Sabaragamuwa Province and Western Province and in the Galle, Matara and Nuwara-Eliya districts.

Wind speeds are expected to increase up to (30-40) kmph at times in the Western slope of the Central hills, Northern, North Central and North Western provinces and in the Hambantota and Trincomalee districts. (Colombo Gazette)