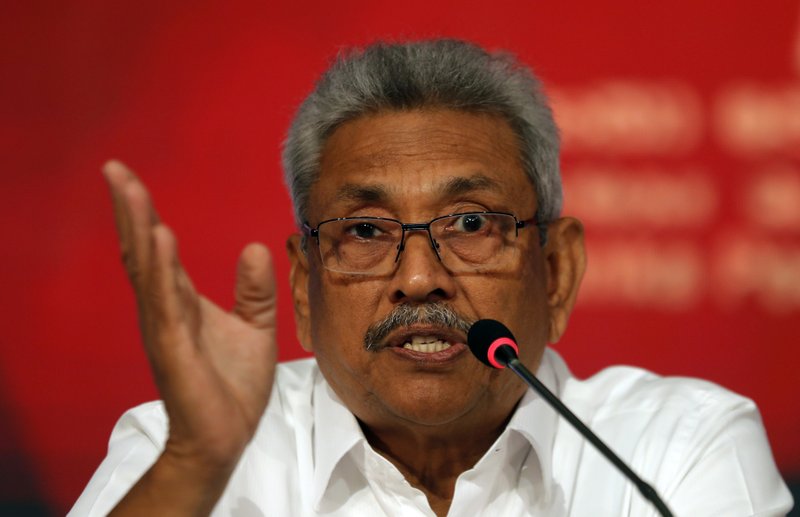 A new non-aligned Sri Lanka announced President Gotabaya Rajapaksa when he was elected in 2019, but it is vividly seen now that the leadership has led the country to compromise its sovereignty to one entity – China, offsetting other countries.  This is in support of China’s ambitious Belt and Road Initiative (BRI) through which money flows for the ‘greater enthusiasm’ of the power players.

The biggest gainer is China Harbour Engineering Company ( CHEC) that has reaped massive returns after the Rajapaksa family had returned to power.

The 2018 expose of Rs. 800 million as donation under the guise ‘Hambantota Port Development Project ‘ to Mahinda Rajapaksa’s presidential re-election campaign in 2014/2015 through its Standard Chartered Bank account in Colombo, is one classic example of how China got on the political bandwagon of Sri Lanka.

Everything turned ‘sunny’ for the government (not for the economy) as the dependency on China kept deepening, mainly during the last several months when the public activities were slowed down in Colombo due to the spread of coronavirus.

When the country was under locked-down, Chinese State Councilor and Minister of National Defense Wei Fenghe and many other dignitaries visited Sri Lanka to hold talks on a military exercise, loan facilities and donations from China when the world leaders were fighting their internal war on covid19. There was 5-minutes ‘protest’ by a single man over the traffic block when Fenghe arrived. He was arrested for accusing the government of keeping the roads blocked to this Chinese VIP’s arrival. He recorded it and landed it on social media. He was produced at the Magistrate in Colombo and released later. The man pleaded guilty and said sorry to the TV cameras in public for what’ he did’.

The Chinese Embassy’s (Covid-19) vaccine diplomacy in Colombo took the center stage along with freebies being distributed. A donation of 150 Huawei smartphones by the Chinese Chamber of Commerce in Sri Lanka to the Presidential Task Force for Economic Revival and Poverty Alleviation, was the latest addition.

China also offered 500,000 Sinopharm on the day the Port City Bill was debated in the parliament. There were more gifts of PCR machines, medical gears and an opening of a Chinese mask-making factory joining a local.

The Chinese Embassy in Colombo is vastly seen as a proxy of the government of Sri Lanka also suppressing the minority sentiments.  The Chinese embassy dared to relinquish the use of the Tamil language on a brass plaque of the new e-library donated by the Chinese government to the Attorney’s General’s (AG) Department.

Although people criticized on social media over China infringing on the sovereignty of the country in such a manner, there were no government officials who recognized this as a daring mistake committed by a diplomatic mission.  Many cited this action speaks volumes that Sri Lanka is a pawn of the Chinese and cannot contradict anything they do or say. A diplomatic mission usually is careful in sending messages out.

Under the locked-down, a Chinese ‘princess’, supposedly a descendent of a Sinhala King has emerged. ‘Princess’ Xu Shi Yin’e is considered to be the 19th generation descendant of a prince from the court of King Parakramabahu VI of Kotte.  Xu Shi Yin’e was glorified as ‘Lanka Princess’ and was invited for the recently held Vesak event at the Embassy in Beijing.

It was also during the pandemic that the Ceylon Electricity Boards awarded its hybrid windmill power projects in three islands in the Northern Province to China. This raised serious concerns for India. Currently, the technical assessment and treasury observation of the Chinese bidder MS/Sinosoar-Ethechwin to install USD12mn hybrid energy systems in Tamil dominant islands is being evaluated.

In the midst of all these, the Port City Bill became a hot topic. The whole exercise of running the Port City has raised concerns as some of the Commission members are already on Chinese payroll. There is also a current State Minister’s son who has been offered a top position at the Port City. The entire camp is pro-China with little knowledge of offshore banking and businesses.

Transparency International Sri Lanka (TISL) one of the petitioners against the Port City bill tells that it falls short of taking illicit financial flows. TISL said that the rise of risks about attracting and facilitating black money could also lead to Sri Lanka being downgraded in the Financial Action Task Force (FATF) rankings, which in turn would have a detrimental effect on the country’s ability to obtain foreign aid, loans and lawful investments.

On the day the Port City was commissioned, reports revealed that the Tamil Nadu police was on high alert on the issue that China has ‘come closer’ to India after taking control of the Hambantota Port and the Port City.

Going further, a 17km highway was awarded to China Harbour Engineering Company (CHEC) that also handled the Hambantota Port and the Port City. The elevated highway between Kelaniya-Athurugiriya estimated to cost USD 1 billion and CHEC was selected without a competitive bidding process. CHEC will build, own and transfer the major highway after 17 years to Sri Lanka, another feather in the BRI cap of President Xi.

Sri Lanka’s Opposition Party SJB said the highway project could worsen the battle for influence between Beijing and regional powers such as India and Japan. “Starting with the ports, China’s influence now moves inland,” SJB legislator Harsha de Silva told AFP. “From a geopolitical perspective, this shows Sri Lanka is moving to one side and that is being pro-China.”

In this background, the SL Government plans to sell hundreds of acres of prime state-owned land in Colombo Fort and its adjacent Slave Island area, including property currently being used by the Sri Lanka Air Force and Sri Lanka Army. These properties are speculated to have been reserved for CHEC too, through an intermediary local firm created by the State named Selendiva Investments, which will work to transfer to the Beijing-owned entity and other affiliated investors.

Selendiva Investments runs the Grand Hyatt Hotel Project of Sino-Lanka in Colombo, which allegedly involved in financial frauds amounting to billions of taxpayers’ money during the previous regime.

Also, LankaClear, which is Sri Lanka’s National Payment Network, functions under the guidance and supervision of the Central Bank that will help clear most of these lands is headed by a senior consultant of CHEC.

The tie between Sri Lanka and India has been blowing hot and cold and the covid19 situation in India has come down heavily on the Modi government to the advantage of China.

India has been pushing Sri Lanka to hold the provincial council elections which has fallen on the deaf ears. India also abstained from voting for Sri Lanka at the United Nations Human Rights Council. India’s geopolitical concerns seem to be given fewer thoughts by the current President.  Sri Lanka wants India to join them in for business ventures but has been silent on the ethnic concerns.

China has the vetoing power at the UN Security Council, something that Sri Lanka wants to rely on.

Due to the covid19 situation, India’s diplomacy with Sri Lanka is slow and they need to re-strategise their policies on seeing the growing threat of China.

Despite being highly in debt and lessons learnt from the Hambanttoa Port deal, which has no traffic, Sri Lanka’s sudden inclination towards China explains the nature of geopolitics China is forming using Sri Lanka to boost its BRI.

President Rajapaksa took and will take a backseat on the Tamil political solution as he considers there is ‘no such a thing’.  Knowing the leadership’s views on the Tamils, China has played accordingly.  The Tamil issue is ‘key’ for China to keep India at bay and India’s political engagement with Sri Lanka.

This a clear indication of how the China-centric agenda in Sri Lanka is triggering tension for India but China is not worried as it has managed to keep Pakistan, Nepal and the Maldives ‘happy’ to a certain extent.

The Chinese stationed on the island have studied the sentiments and the political culture of Sri Lanka. But in the case of India or other countries, they don’t have to be stationed to envisage how they could go about with the geopolitics but they are. This is the constant fear China has and will be dealing with.

Mega investments by China did not bear fruits yet. While defending China that they have not trapped Sri Lanka in debt, the government went with the begging bowl to Bangladesh for a USD 200mn currency swap, least expected.

The incumbent government unlike the previous governments has not boosted its bilateral ties as it does with China.

The Muslim world is watching over Sri Lanka, so does India, the US and the European countries and China want the anti-China syndrome to grow so that the dragon can stay in Sri Lanka crossing 100 years.