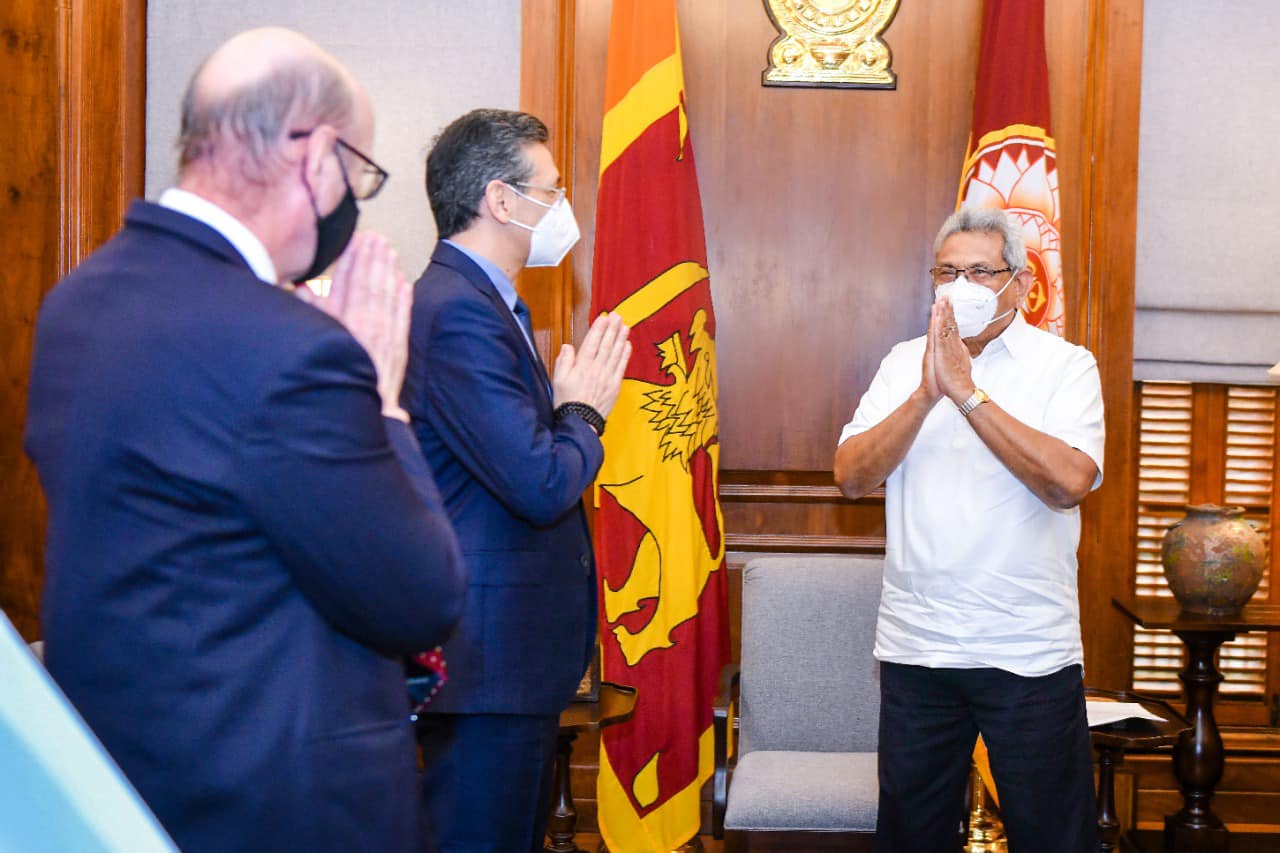 President Gotabaya Rajapaksa and the United States Agency for International Development (USAID) today discussed about some of the stalled development projects in the country.

The President’s Office said that a number of development activities funded by USAID have already been launched in the country.

“Some of these projects remain inactive due to various reasons. Both parties discussed the reasons for the delay and agreed to complete the development work expeditiously,” the President’s Office said.

The President’s Office said that steps have now been taken to accelerate USAID funded development projects in Sri Lanka.

This was discussed at a meeting held between President Gotabaya Rajapaksa and the Director of the USAID Sri Lanka Office, Reed J. Aeschliman, at the Presidential Secretariat this afternoon.

Rajapaksa noted that a massive development process has been strategized in the country as envisioned in the national policy framework “Vistas of Prosperity and Splendour”.

The President highlighted the need to implement the development activities funded by USAID in a productive manner to support the national policy framework.

A special aircraft carrying covid-19 medical equipment and supplies valued at more than USD 6 million donated by the US arrived in Sri Lanka recently.

President Rajapaksa extended his gratitude for the donation and explained about the Government’s programme of combatting the Covid-19 pandemic.