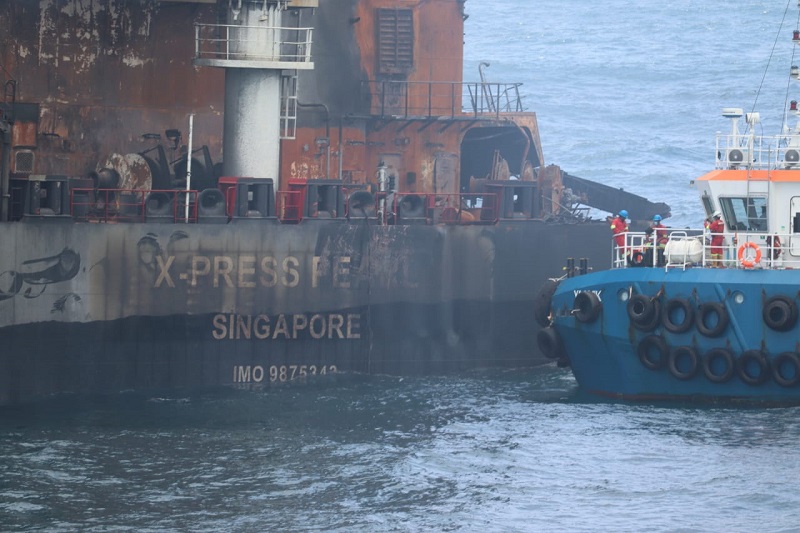 The Colombo Magistrate’s Court has directed the Navy to provide security for the ship, MV X-Press Pearl, until ongoing investigations are over.

A criminal investigation is currently underway against the captain and crew of the ship.