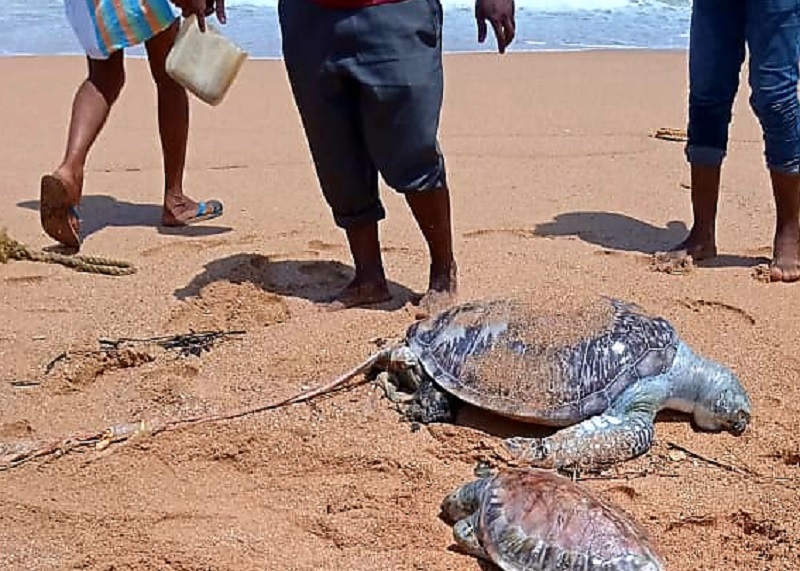 The remains of turtles and dolphins have been found washed ashore in parts of the country.

At least six turtles and one dolphin were found dead today.

However, it is still not clear if the deaths were caused by the fire on the ship, MV X-Press Pearl.