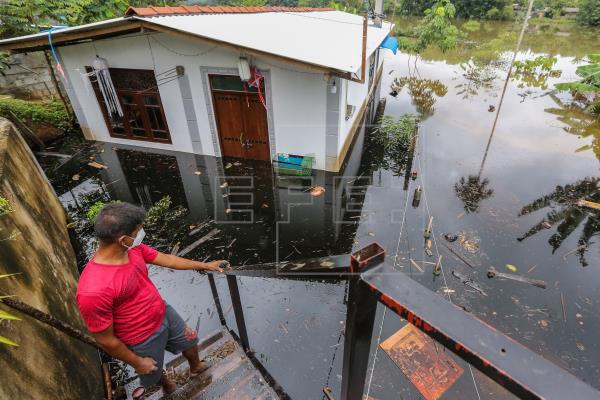 The death toll from the heavy rain experienced in Sri Lanka over the past couple of days has risen to 14.

The Disaster Management Centre (DMC) said that the 14 deaths were as a result of heavy rain, floods, strong winds and landslides.

DMC said that 15,658 people have been affected by the inclement weather so far.

Over 900 houses have been damaged, including 14 houses which have been completely destroyed.

Meanwhile, the Department of Meteorology said that showers or thundershowers will continue at times in the Western, Sabaragamuwa and Northwestern provinces and in the Galle, Matara, Nuwara-Eliya and Kandy districts.

The Department of Meteorology said that fairly heavy falls about 50 mm can be expected at some places in these areas.

Showers or thundershowers will also occur at several places in the sea areas extending from Mannar to Matara via Puttalam, Colombo and Galle. (Colombo Gazette)