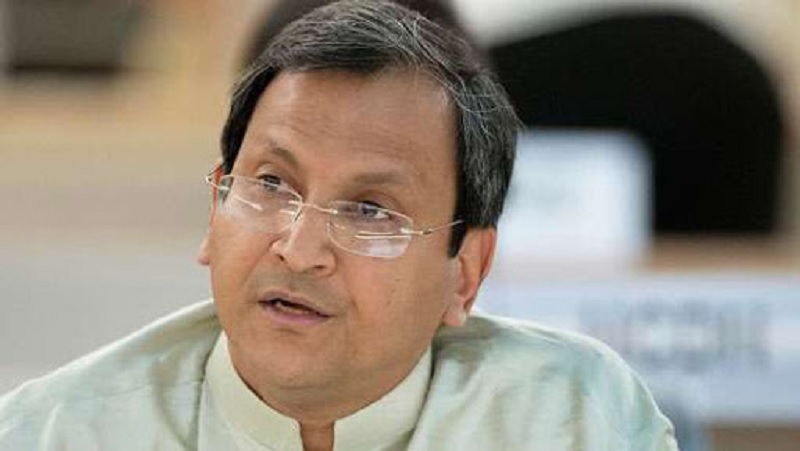 Sri Lanka, through its Ambassador in Washington Ravinatha Aryasinha, has formally called on the US House Foreign Affairs Committee (FAC) not to proceed with a Resolution on Sri Lanka moved by Congresswoman Deborah Ross (Democrat/North Carolina) on 18 May 2021.

In a communication addressed to FAC Chair Representative Gregory Meeks (Democrat/New York) and Ranking Member Representative Michael McCaul (Republican/Texas), the Sri Lanka Government said that it vehemently opposes the contents of the resolution which contains allegations relating to Sri Lanka that are inaccurate, biased and unsubstantiated, raising grave suspicion regarding the intention of the resolution.

The communication was accompanied by a detailed analysis of the resolution, which laid out paragraph by paragraph, its prejudicial nature.

It was observed that the proposed resolution which equates the LTTE – proscribed by the US since 1997 and named by the FBI in 2008 as “among the most dangerous and deadly extremists in the world” – to an ‘armed independence organization’, exposes the resolution’s origins and purpose.

The Resolution encourages separatism and questions even the nature of the Sri Lanka State, by references to ‘Traditional Tamil Homelands’. This not only misrepresents established historical facts, and present-day realities, but also contributes to supporting the dismemberment of Sri Lanka, which is the ultimate goal of the LTTE and its supporters.

Observing that the USA had been “a consistent defense partner of Sri Lanka, including in Sri Lanka’s war against terror”, the Sri Lanka Government said “the resolution which is at significant variance with stated U.S. policy, across Administrations – both Democratic and Republican, may lead to an erroneous conclusion that the House supports armed acts to achieve political goals. This would undermine the US Administration’s own foreign policy foundation of being rooted in democratic values, and negatively impact the warm bilateral relations between Sri Lanka and the USA”.

It was asserted that the Sri Lanka Government, having struggled for nearly 30 years to defeat LTTE terrorism, consistent with its constitutional duties to protect its citizens regardless of race, religion, language, caste, sex, political opinion or place of birth, launched a humanitarian operation to protect and liberate all Sri Lankans.

The communication also outlined the measures taken by the Government since the defeat of terrorism in May 2009, to address the needs of 300,000 internally displaced who had been used as human shields by the retreating LTTE, to rebuild and develop infrastructure in the conflict affected areas and to restore livelihood opportunities to many, including to over 12,000 ex-LTTE combatants – also comprising 596 child soldiers, who were rehabilitated and reintegrated into the society.

It was recalled that following the ending of the conflict, the then government in 2013 conducted Northern Provincial Council elections, ensuring democratic freedoms and rights to the people of the North, and since 2017, all minority parties in Parliament, including the TNA and their allies, supported the deferral of elections. The Supreme Court ordered for a fresh legislation on this matter. For nearly 3 years, the HRC or Western countries having not taken issue with the delay of elections to Provincial Councils, including that of the Northern Province, however, presently have projected it as a major issue, at a time the current government has taken the initiative to conduct the election at the earliest possible.

The reports on Sri Lanka cited in the Resolution, including the OISL Report of 2015, constituted a mere subjective narrative of events including “desk-reviewed” information, which failed to reveal sources and were not verifiable.

On the contrary, there was an abundance of verifiable evidence that has been ignored, contained in, inter alia, the Lessons Learnt Reconciliation Commission (LLRC), the ‘Paranagama Commission’, reports from the UN and international agencies including the UNDP, UNICEF and the ICRC, as well as information presented before the UK House of Lords by Lord Naseby challenging among other things the vastly exaggerated civilian casualty figures. Expert opinions including by international legal luminaries, as well as dispatches in real time by Colonel Anton Gash, Military Attaché of the British High Commission in Colombo and statements by Lt. Col. Lawrence Smith who had served as Defense Attaché of the US Embassy during the last phase of the conflict, also contested the narrative of the reports cited in the Resolution.

Having had Sri Lanka co-sponsor UN Resolution 30/1 in October 2015 and extracted a commitment that Sri Lanka will initiate an accountability mechanism which would include foreign judges and lawyers, which was unconstitutional, for 5 years neither the UN bodies nor the US and other proponents of this resolution, pressed the previous government to carry out its promises.

Calling for an “international mechanism” at this juncture is sinister, at a time the present Government has provided a credible transparent domestic process to address the concerns raised, by in January 2021 instituting a Presidential Commission of Inquiry (PCOI), which had on 4 March 2021 invited “any person, persons or organizations to submit written representations or information or any other material which relates to the above for the Commission to inquire”.

The Commission has been conducting hearings since April and heard testimony from witnesses. (Colombo Gazette)