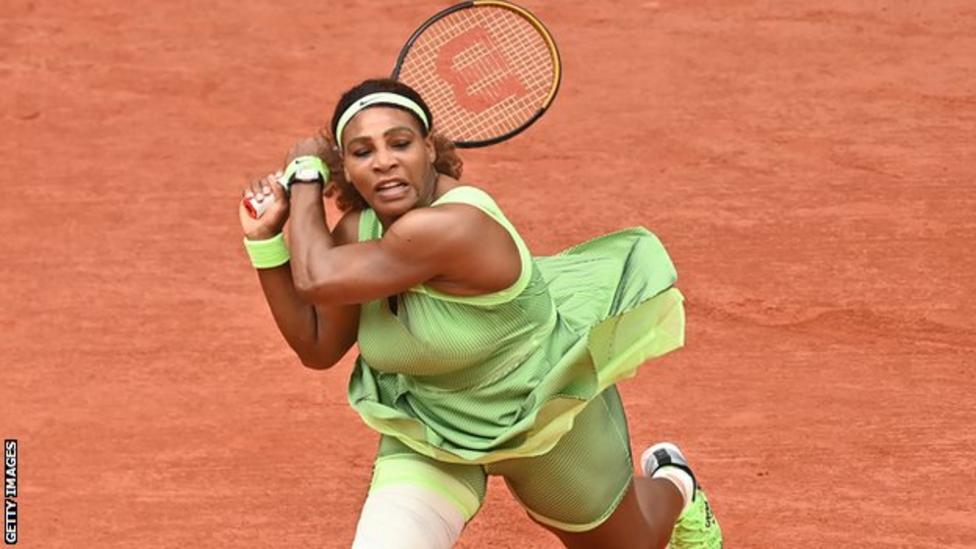 Serena Williams remains the highest seed in her half of the French Open draw after a dominant third-round victory against Danielle Collins.

Williams, 39, is one of just four top 10 seeds left in the women’s draw after Aryna Sabalenka lost earlier on Friday.

The Belarusian third seed was beaten 6-4 2-6 6-0 by Anastasia Pavlyuchenkova.

Williams is bidding to equal Margaret Court’s record of 24 Grand Slam triumphs, but has not made it past the fourth round at Roland Garros since 2016.

“That felt really good for me,” said Williams. “Things were not going my way. I had to earn it and turn it around.

“That was really positive for me going into the next match.”

Not since 2001 have so few top-10 seeds reached the women’s third round at Roland Garros, although there are varying reasons behind the absence of so many top stars heading into the second week.

In addition to the high-profile withdrawals of Ashleigh Barty and reigning US and Australian Open champion Naomi Osaka, for injury and mental health reasons respectively, world number three Simona Halep pulled out pre-tournament with a calf problem.

On court, Sabalenka joined a casualty list featuring Karolina Pliskova, Bianca Andreescu and Belinda Bencic that, in addition to an injury for 11th seed Petra Kvitova, has opened the draw up considerably.

An unseeded quarter-finalist is guaranteed in the bottom half of the draw with Tamara Zidansek – who beat Katerina Siniakova 0-6 7-6 (7-5) 6-2 – set to meet Romania’s Sorana Cirstea in the last 16.

While that should aid Williams in her efforts to make Grand Slam history, the American is also arguably housed in the most difficult quarter of the draw.

Should she negotiate her way past Rybakina, the 39-year-old would then face two-time Grand Slam winner Victoria Azarenka or Pavlyuchenkova in the quarter-finals.

“There’s still a lot of matches, a lot of great players, as we can see,” Williams said of the open draw.

“There’s so much depth in this game now, it doesn’t matter if you’re playing in the first round or not, you really have to fight for every match and nothing comes easy.”

There was little to separate the two Americans in the opening games, but characteristically powerful serving eventually put Williams in control.

The three-time French Open champion served five aces in the first set – work somewhat undone by two double faults – and an impressive cross-court volley earned her a break to go 4-3 up.

Williams held on from there to take the first set and was given a helping hand as 27-year-old Collins’ level dipped at the start of the second set, handing her an early break.

But double faults crept back in on Williams’ serve and as a result she gave away two games to the world number 50, who was playing her first tournament since undergoing surgery for endometriosis in April.

From 4-1 down, an increasingly fired-up Williams won the next five games to secure a fourth-round spot at a Grand Slam for the 64th time in her career.

The American’s serve will be put to the test against the 21-year-old, who herself hit 12 aces in the third round and did not face a single break point. (Courtesy BBC)