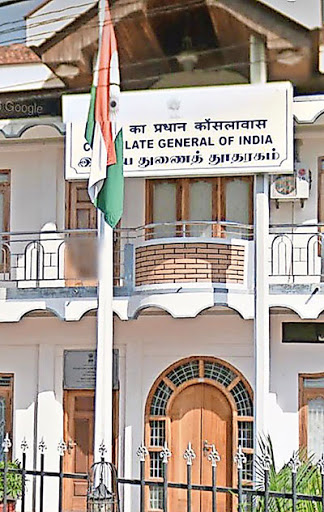 A name board at the Indian consulate in Jaffna which had wordings in English, Tamil and Hindi and not Sinhalese, has been replaced.

Concerns were raised over the name board especially at a time when similar criticism had been directed at some Chinese companies for not giving space to Tamil on their name boards.

Well informed sources told Daily Mirror that the name board of the Indian Consulate General in Jaffna had been placed 5 years ago.

Indian sources said that the need for Sinhalese to be placed on the name board was probably not seen at the time as over 90 percent of the population in Jaffna are Tamil.

However, one source admitted that it was an oversight and had to be rectified.

As a result, the name board has now been replaced to include Sinhalese.