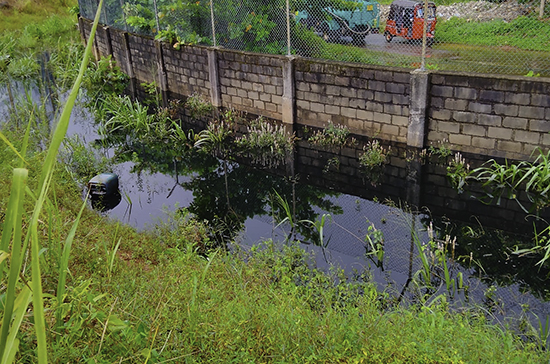 The Kelani River is facing the threat of being mixed with furnace oil following heavy rain.

The Sri Lanka Navy and Coast Guard have been deployed to skim the furnace oil from the flood waters and prevent a further spread.

The Navy said that the Heiyanthuduwa area in Sapugaskanda has been flooded due to heavy rains and there is a risk of the furnace oil mixed with water in the Sapugaskanda area drifting into the Kelani River through the Pattivila canal.

Steps are being taken by the Navy and Coast Guard to place a floating boom to prevent a further spread of furnace oil and use an oil skimmer to prevent the oil from reaching the Kelani River.

If the oil reaches the river it will have an adverse impact on water distribution from the Ambathale and Biyagama water treatment plants. (Colombo Gazette)