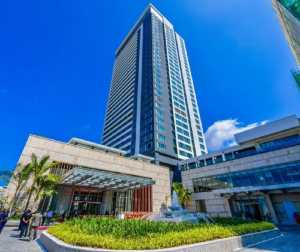 The Colombo Crimes Division (CCD) has been entrusted with investigating CCTV footage of the party that was held to celebrate event organizer Chandimal Jayasinghe’s birthday.

Police Spokesman, Deputy Inspector General (DIG) Ajith Rohana said the CCD has taken over the investigation into the party that was held at the Shangri- La Hotel in Colombo in violation of the quarantine law.

He said the CCD has been entrusted with tracing scientific and technical evidence with regard to the birthday party.

Meanwhile, six more suspects who had attended the party were arrested today and will be produced in court. The suspects include three men and three women.

However, one suspect is evading arrest and the Police have taken necessary steps to apprehend the suspect, DIG Rohana said.

He said 21 suspects have been arrested so far in connection to the incident.

Jayasinghe and model Piumi Hansamali were arrested on Monday for organizing and hosting the party, at a time when parties and public gatherings have been prohibited under the new health guidelines issued on COVID-19 by the Health Ministry.

The Police thereafter arrested 13 more people who had attended the party despite an islandwide travel restriction also having been in effect in the country.

All 15 suspects, including Jayasinghe and Hansamali have been released on bail and have been transferred to a quarantine centre in Passara to undergo mandatory quarantine.

DIG Ajith Roahans said between 20-25 guests had attended the event and investigations are continuing to apprehend the remaining people who had participated in the event. (Colombo Gazette)

Minister says he allowed Piumi and others to get their clothes