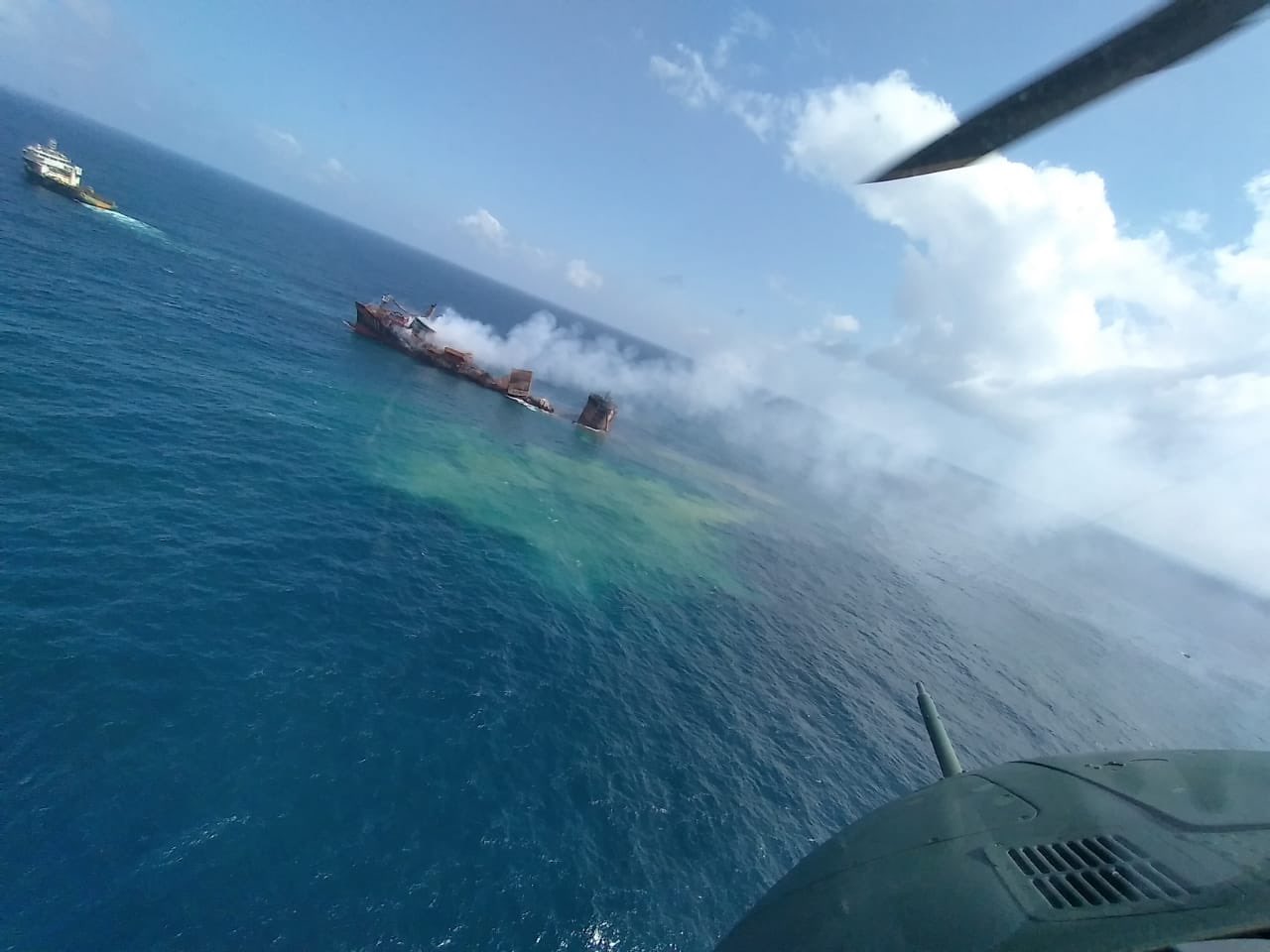 A search operation will be carried out to locate the Voyage Data Recorder (VDR) of the MV X-Press Pearl ship, officials said.

Officials said that the VDR will be used to determine conversations the ship captain had with others before and when the fire on the ship erupted.

A criminal investigation is currently underway over the fire with the captain and crew of the vessel prevented from leaving Sri Lanka.

Colombo Port Harbour Master Captain Nirmal Silva said that Sri Lanka was informed of the dangerous goods on the ship.

The authorities also denied claims that the ship was denied entry to the ports in Qatar and India.

Ports and Shipping Minister Rohitha Abeygunawardena said the ship had docked in Dubai, Qatar and then India before arriving in Sri Lanka.

Captain Nirmal Silva said that a list of the goods on the ship was provided to the Colombo Port and the dangerous goods were among items permitted in any port.

He also said that Sri Lanka was informed of a leak in some cargo only after the ship had entered Sri Lankan waters and was anchored outside the port.

Silva said that the leak was not one which would force Sri Lanka to prevent a ship from entering Sri Lankan waters.

“It was not a condition which warrants denial entry,” he said.

It is believed that the fire was ignited as a result of the leak in the cargo which then spread across the vessel.

With the ship now mostly underwater there are fears of an oil spill.

However, Captain Nirmal Silva said that there is a suspicion that most of the oil may have burned in the fire.

He said the authorities are on standby in the event there is oil in the ship and if it leaks into the ocean.

Asked why the oil was not pumped out of the ship as soon as the fire broke out, Captain Nirmal Silva said that the conditions at the time, including the weather, prevented a ship-to-ship oil transfer.