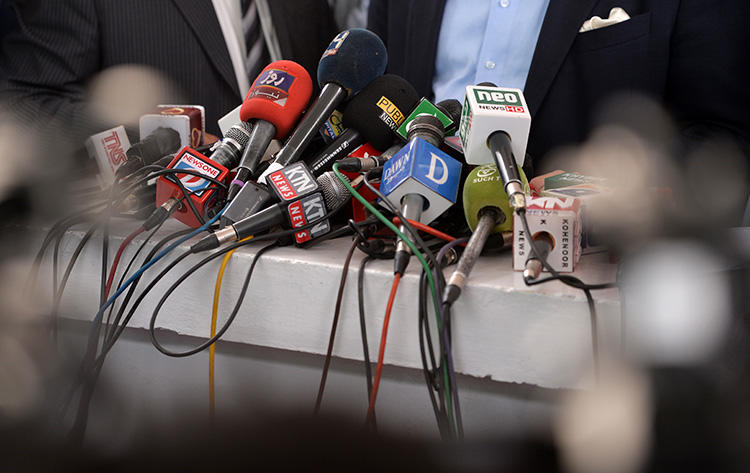 Journalists of Pakistan ae being harassed and attacked, which needs to get in the attention of law.

As per the report, titled, “Protecting Journalists” said that these cases is important and must be transparently seen through by the police, with accountability against the culprits visibly taken. This is because the incident should not just be seen as a one-off case of assault but rather as part of the alarming trend of attacks against journalists.

This comes after Pakistani journalist Asad Ali Toor, who is known for criticising the country’s establishment, was attacked late on Tuesday at his apartment in Islamabad. The attackers broke into his house and attacked him.

On the increasing number of attacks on journalists, Toor said, “Under this regime, we have seen a spike in the attacks on the journalists. The reason for this is because the state of Pakistan has done so many illegal things. Now they get frustrated because those illegal acts didn’t deliver.”

According to the report, it has been previously promised by government to take strict action against attacks against journalists. More impactfully, the government was also in the process of passing laws for the welfare and protection of journalists in the National Assembly and Sindh Assembly.

“The bills propose the set-up of a Commission to look into complaints filed by journalists or media practitioners and direct the government to expeditiously investigate an attack and ensure speedy trial of an incident. However, these bills have been delayed for too long,” read the report.

“The cases highlights the necessity of passing these bills quickly–they have been delayed for too long. How this case will be dealt with will also play a part in how seriously these bills are taken and how effectively they are implemented–thus the Islamabad police must see through this tragic incident most vigilantly and transparently,” the report added.
Pakistan continues to remain one of the most dangerous countries in the world for journalists, and more and more scribes are being arrested for criticising the country’s Army under the Pakistan Electronic Crimes Act 2016 (PECA).

PECA, which is seen as the draconian tool to silence free speech, criminalises any speech considered to be “blasphemous” and even those who criticise state institutions.
Recently, a new section was added in PECA stating that those who intentionally ridicule, bring into disrepute or defame the Armed Forces of Pakistan will be sentenced up to two years and be fined over USD 3,018.

Pakistan has been ranked 145th out of 180 countries in Reporters Without Borders’s (RSF) 2020 World Press Freedom Index, three places lower than in 2019. (Courtesy Al Arabiya Post)