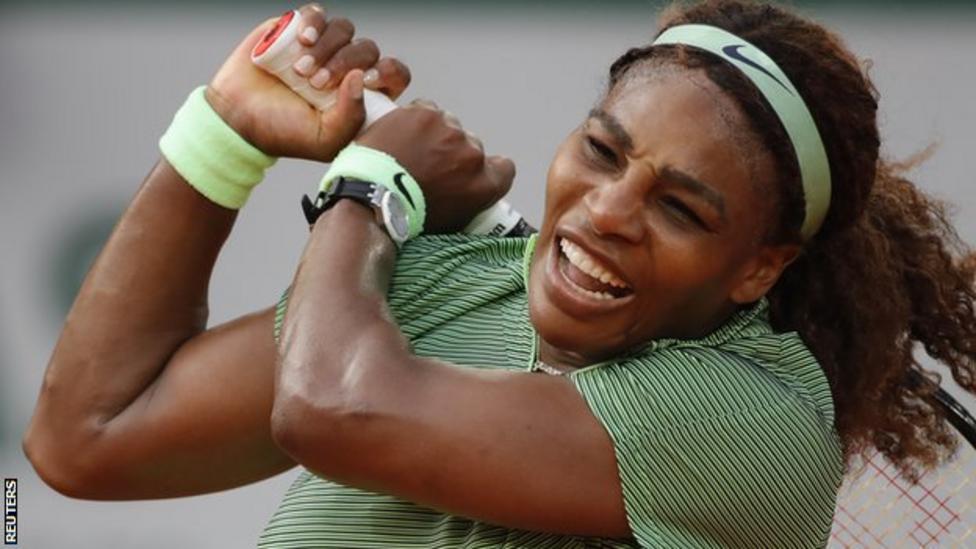 Williams is again going for a 24th major title to equal Australian Margaret Court’s all-time record, although her latest attempt for history comes at a place where she has not progressed past the fourth round since 2016.

Clay is not considered her best surface, despite being a three-time singles champion at Roland Garros, and she has played little on the red dirt since returning from maternity leave in 2018.

Yet the talent which has made her one of the sport’s greatest players was enough to eventually see off Buzarnescu in a competitive and entertaining match.

Williams looked sharper in the first set than she did in her opening win, dominating on serve and hitting fewer unforced errors than against first-round opponent Irina-Camelia Begu.

Buzarnescu is ranked 174th in the world and playing on a protected ranking after injury, but she presented a stern challenge for Williams as she demonstrated the ability which helped her rise to 20th in 2018.

After being edged out of the opener, Buzarnescu was rewarded with the second set before Williams nicked two tight games at the start of the decider to take control.

“She has a lot of skills and plays well on this surface in particular so I knew it would not be easy. I’m happy to get through that,” Williams said.

“It is always good when you enjoy your job, you smile. That’s rare for me. I love my job but I don’t smile too much on the court. I was excited to be out here.”

Kasatkina, 24, cruised through in straight sets against her good friend Bencic, winning 6-2 6-2 in one hour and 16 minutes in the opening match on Court Simonne Mathieu.